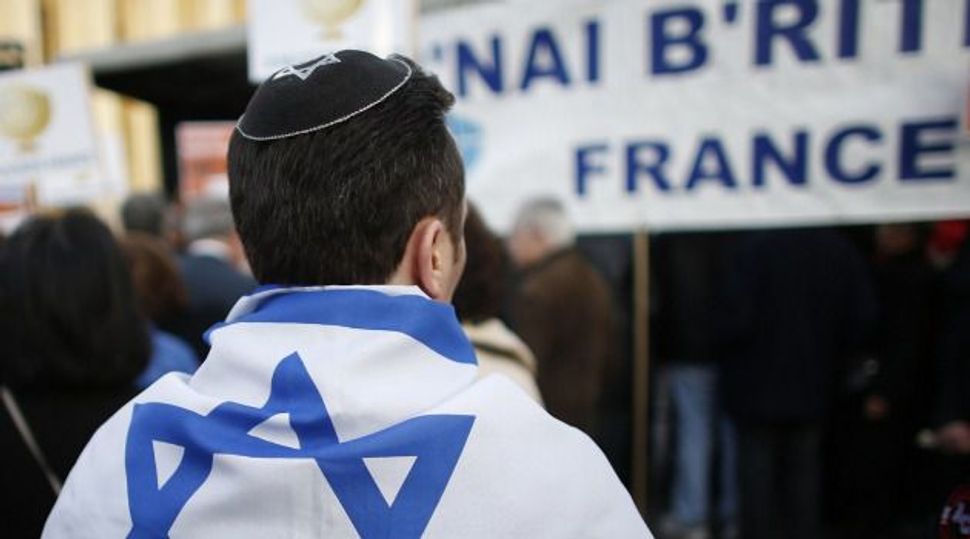 (Reuters) — When Daniel, a Jewish small business-owner, first raised the idea of leaving France eight years ago, parents and friends talked him out of taking the leap. Now, he says, even some of them are considering the move themselves.

The 31-year-old plans to abandon his locksmith and window repair company based south of Paris and move later this year to Israel – a country whose language he barely understands and where no job offer awaits him.

“The main reason for me is the economic crisis,” Daniel, who asked not to be named for fear of losing clients if they heard of his plans to shut up shop, said in an interview.

“The second reason is anti-Semitism.”

French Jews are moving to Israel at an unprecedented rate, leaving behind what they say is an increasingly unwelcoming atmosphere for a booming Israel luring them with tempting state funding.

France’s Agence Juive, which tracks Jewish emigration, says 1,407 Jews left France for Israel in just the first three months of this year, putting 2014 on track to mark French Jews’ biggest exodus to the holy land since Israel’s birth in 1948. Last year’s total figure of 3,300 was a 73 percent increase on 2012.

Others left for the United States, Britain or elsewhere.

France has the largest Jewish population in Europe, having grown by nearly half since World War Two to total some 550,000 Jews according to the community’s umbrella group CRIF.

Violent incidents like the murders of three Jewish children and a rabbi by Islamist militant gunman Mohamed Merah in 2012, or a bomb attack against a Kosher supermarket the same year, have sent shock waves through the Jewish community.

The Jewish Community Security Service, a CRIF offshoot which tracks anti-Semitic incidents reported to police ranging from physical attacks to graffiti, counted 423 last year, down from a high of 614 in 2012 but still above the 1990s average.

Daniel, who wears no external signs of religious belief, said he feels anti-Semitic sentiment is spreading, notably on Internet blogs and chat forums with anti-Zionist and anti-Semitic themes. He said he noticed harsher attitudes toward Jews when he returned to visit relatives in his old neighborhood, an immigrant-heavy area south of Paris.

“When I was little my friends were Arab or black, and I never had any trouble with them – on the contrary,” he said. “Now, their gaze has hardened. It’s as if we’re playing for different teams.”

Dieudonne Mbala Mbala, a French comedian whose father is from Cameroon, has become a popular counter-culture figure, particularly among people with sub-Saharan or North African backgrounds, despite repeated court convictions for anti-Semitism. His show was banned in January after he suggested a Jewish journalist should have been sent to the gas chambers.

Roger Cukierman, president of the CRIF, said many Jews felt the comedian’s popularity showed the French were becoming less inhibited about expressing anti-Semitism.

“The fact that his videos have been seen by two or three million people has unleashed a sort of casual anti-Semitism. Many Jews find that worrying,” he said.

The far-right National Front party, which polls tip to win Sunday’s European Parliament election, has publicly broken with a reputation for anti-Semitism. But an ex-member, anti-Zionist activist Alain Soral, has gained a wide following online, with videos seen more than a million times.

Michel Wieviorka, a sociologist and author of studies on anti-Semitism, said it was hard to quantify whether anti-Jewish sentiment had risen across French society as a whole, but it had “undergone a profound renewal” by attracting younger adherents.

“What we can say is that in the past 15 years it has renewed itself, finding new audiences among immigrant populations and young people who are exposed to the Internet,” he said.

In surveys conducted in 100 countries since July 2013, the Anti-Defamation League found 37 percent of French respondents harbored anti-Semitic attitudes compared to an average of 24 percent in Western European countries as a whole.

If anti-Semitism is pushing some French Jews out, Israel’s robust economy is pulling them in. Israel’s economy grew by 3.3 percent in 2013, versus 0.3 percent in France.

Daniel said he felt ground down by French taxes and regulations after his monthly sales of around 10,000 euros ($13,700) had fallen to about half that in the past six months.

“I wanted to change the location of my storefront to drum up a bit more business,” he said. “Just the paperwork cost me 1,000 euros, between lawyer fees and the cost of getting official registration. It wears you down.”

Israel will pay for plane tickets, job placement services and one year of language training as part of a government program expanded in 2013 to attract Jewish immigrants. It aims to draw 42,000 Jews from France by 2017.

Life may not always be easy for a new arrival. Traditionally, French people have headed to established communities, notably Netanya, a coastal town north of tech-savvy Tel Aviv. But with house prices on par with the wealthiest parts of Paris, Netanya is probably out of Daniel’s reach.

“Going to Israel means sacrifice,” he said after his second meeting with an advisor at the Agence Juive. “I will have to start over again from scratch. But for my children, when I have them, I think it will be better.”