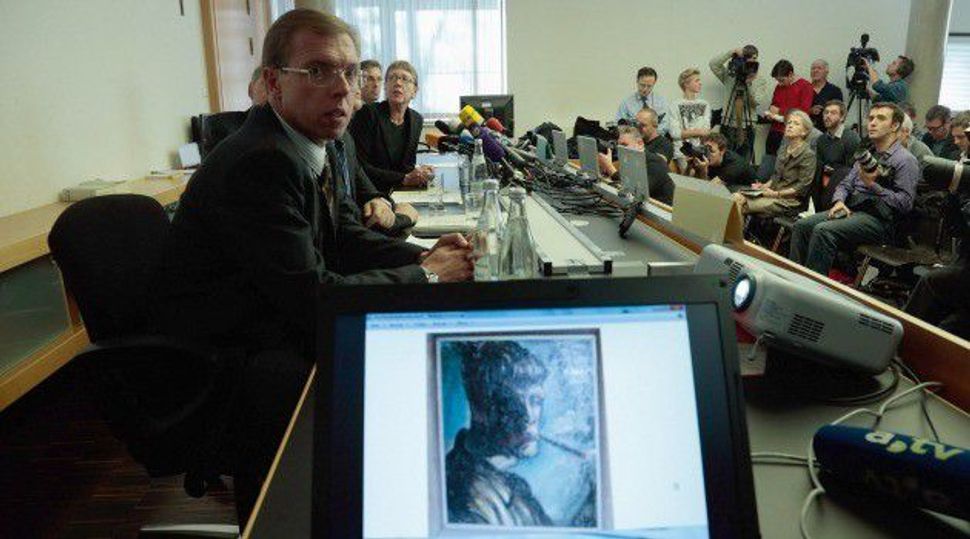 The former spokesperson of Cornelius Gurlitt said only eight of the late collector’s 1,400 paintings are likely to have been stolen from Jews.

The spokesman, Stephan Holzinger, made the claim Thursday when he published a statement to that effect by Gurlitt’s friend, Christoph Edel, from the friend’s Monday eulogy for Gurlitt, the DPA news agency reported. A German court appointed Edel as guardian of Gurlitt’s possessions after his death earlier this month.

But a spokesperson for the official government task force set up to research the provenance of all the works said 458 of them so far have been identified as having suspicious history; they could have been obtained through pressure on Jewish collectors.

Gurlitt, who died May 6 in Munich at the age of 81, was under investigation for tax evasion when the collection was seized by customs officials more than two years ago. The vast collection, which includes works by such greats as Picasso, Durer, Renoir, Toulouse-Lautrec, Beckmann and Matisse, first came to light last fall, when a Munich magazine broke the story.

Cornelius’ father, Hildebrand, was an art dealer on assignment to the Nazis. When he died in 1956, his son inherited the collection.

Cornelius Gurlitt left his entire collection to the Kunst Museum in Bern, Switzerland.

Reportedly, the museum has not yet decided if it will accept the gift, which comes with the responsibility to restore any works that were stolen or confiscated to their rightful heirs.

Meanwhile, a distant relative has announced plans to contest the will, ORF reported.