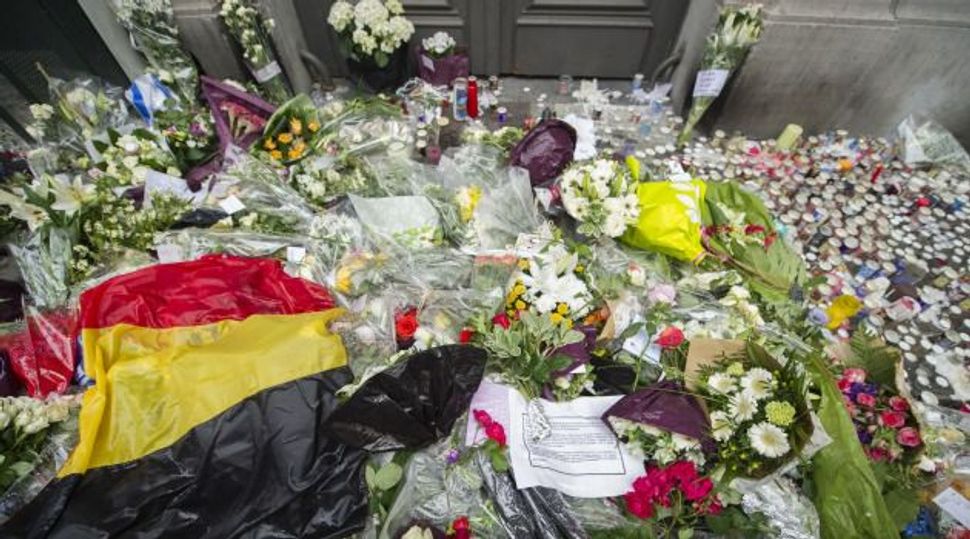 Sorrow Site: A makeshift memorial is growing outside the Jewish Museum in Brussels after a deadly shooting rampage over the weekend. Image by getty images

Dutch authorities said on Tuesday they were deploying more police officers at Jewish sites, including cultural centers, schools and synagogues, after three people were shot dead at the Jewish Museum in Brussels this weekend.

The attacker, who was caught on a security camera firing a Kalashnikov rifle before fleeing, is on the run.

Stepping up security was a precaution and there were no indications of an immediate threat in the Netherlands, the Dutch Ministry of Security and Justice said.

Security was also ramped up in France, where President Francois Hollande said there was no doubt Sunday’s killings of two Israelis and a French woman were motivated by anti-Semitism.

It was unclear how long the measure in the Netherlands would remain in force, but authorities were in regular contact with Jewish groups, a ministry spokesman said.