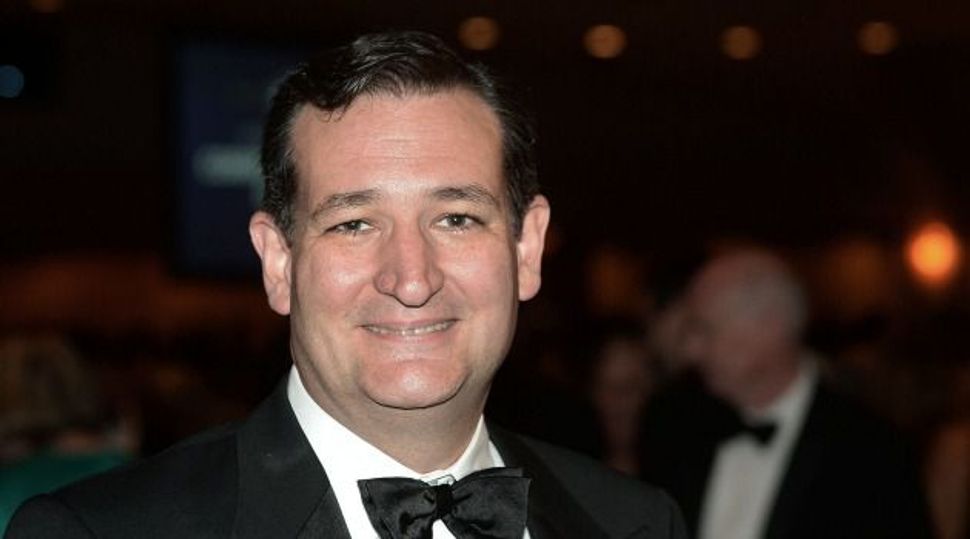 Sen. Ted Cruz in Israel said the Palestinian Authority’s refusal to recognize Israel as a Jewish state caused the latest round of peace negotiations to fail.

On a two-day visit, Cruz (R-Texas) said in an interview with The Jerusalem Post that the United States should not dictate terms to Israel, including on settlement building in the West Bank, and criticized as weak the recent interim deal struck between world powers and Iran on the Iranian nuclear program. He also repeated his call for Secretary of State John Kerry to resign because Kerry said Israel was at risk of becoming an apartheid state.

“The principal impediment to peace is that, to date, the Palestinians have refused to recognize Israel’s right to exist as a Jewish state and have refused to renounce terror,” Cruz, whose name is being floated as a possible Republican presidential candidate in 2016, told the Post. “Unless and until the Palestinians can agree on those very basic starting blocks, no lasting peace solution is likely.”

His trip also will include stops in Poland, Ukraine and Estonia.