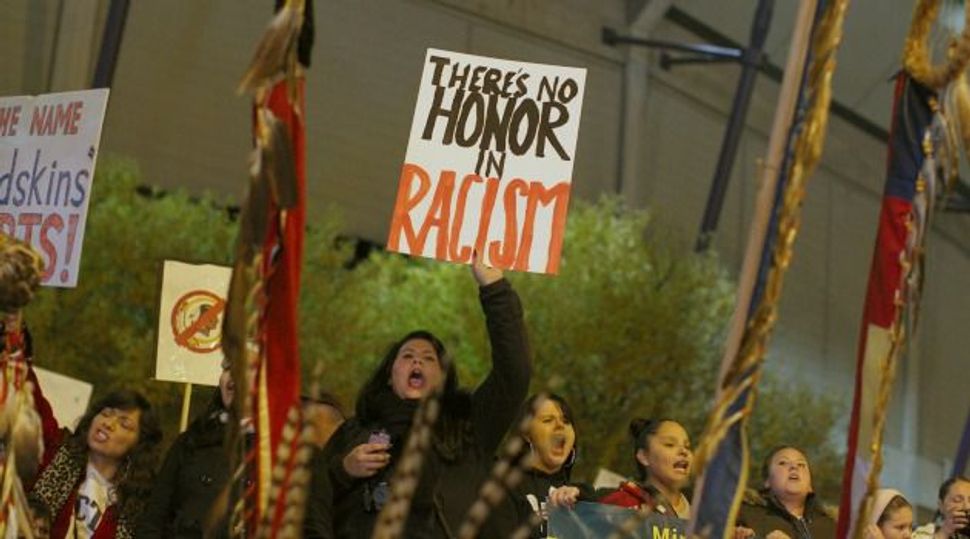 The Anti-Defamation League signed a letter initiated by Native American groups to NFL players urging them to speak out for changing the name of the Washington Redskins.

“Players are the most publicly identifiable representatives of the league, which means your support is critical to ending this injustice,” said the letter sent Tuesday to more than 2,700 professional football players.

“Your NFL should not be a place where any person is expected to sit by in silence while their heritage is so casually disgraced and condemned by this racial slur,” the letter said.

The ADL, which in October declared its opposition to “hurtful and offensive names, mascots and logos” in sports, was the only Jewish group of 77 organizations that signed the letter.

Most of the signatories are Native American groups. A number of African American and gay umbrella groups also signed.

The letter was initiated by the Oneida Indian Nation, which has spearheaded the campaign to get the team to change its name, and the National Congress of American Indians.

The team’s owner, Daniel Snyder, is Jewish. He has resisted calls for a switch.