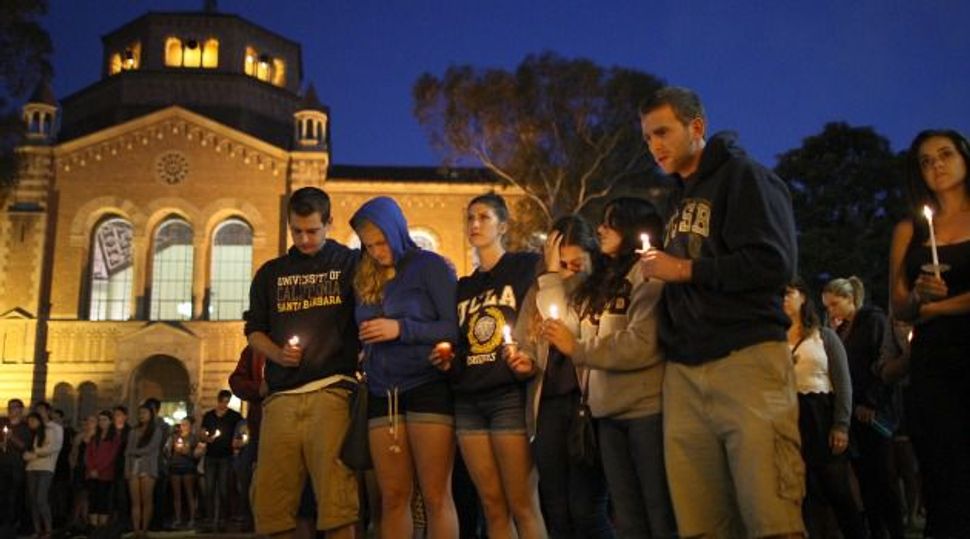 California Democrats on Tuesday proposed a series of measures aimed at preventing mass killings such as the rampage at a local university that left six students and the assailant dead.

Senate President Pro Tem Darrell Steinberg, a Democrat, proposed improved training for police on mental health warnings after a check on the suspect in Friday’s killings failed to thwart his impending plan.

“There is a lot we can do to prevent these kinds of horrific events in the future,” Steinberg told a session in Sacramento.

The county sheriff’s department came under criticism for failing to stop 22-year-old Elliot Rodger from killing six students near the University of California at Santa Barbara on Friday night in what he said was revenge for women rejecting him.

Police defended their actions, saying they found no reason to search the young man’s Isla Vista apartment on April 30 at the request of his mother, who saw videos he had posted online and found them disturbing. They would not say if they had seen the videos or whether they asked for permission to go in.

Experts said that under the present protocol deputies would have put Rodger in a 72-hour involuntary custody for mental health evaluations only if they had found him to be a threat to himself, others or unable to care for himself.

The criteria set in California law aims to stop a crisis and does not treat or predict possible violent behavior, said James Preis, an attorney and executive director of Mental Health Advocacy Services, a Los Angeles law firm that serves people with mental disabilities.

Rodger, who had legally purchased three handguns, was deemed by deputies to have been polite and courteous during the check. A few weeks later, he stabbed two roommates and another young man to death before he shot and killed three people and himself.

Police could only have seized Rodger’s firearms if they had probable cause to enter his apartment or if he had been involuntarily held on mental health grounds. Rodger said in a 140-page manifesto that the police visit would have prevented his attack if they had found his guns.

In videos posted online, Rodger said he was bent on revenge against humanity because women rejected him.

Steven Froehlich, a Los Angeles therapist who serves as a mental health consultant for the Beverly Hills Police Department, said in recent years the burden of taking care of the mentally ill has fallen on the police, who are not always equipped to handle the task.

“A person can be mentally ill but present themselves for a short period of time as being perfectly OK,” he said. “There’s absolutely nothing that a law enforcement officer could do.”

Students returned to the university campus on Tuesday to memorialize the victims, two women and four men who were all students and between the ages of 19 and 22.