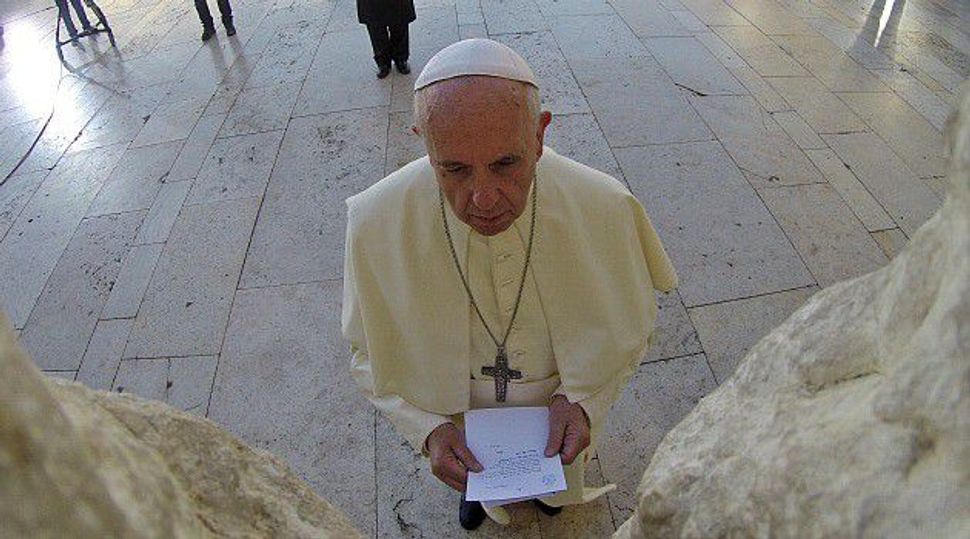 Pope Francis wrote the Lord’s Prayer in Spanish on a note he left in the Western Wall.

The Western Wall Heritage Foundation released the contents of the note placed between the stones of the Kotel during the pope’s visit on Monday.

The note, signed “Francis,” was written on papal letterhead.

The Lord’s Prayer, also known as “Our Father,” is a central prayer in Christianity.