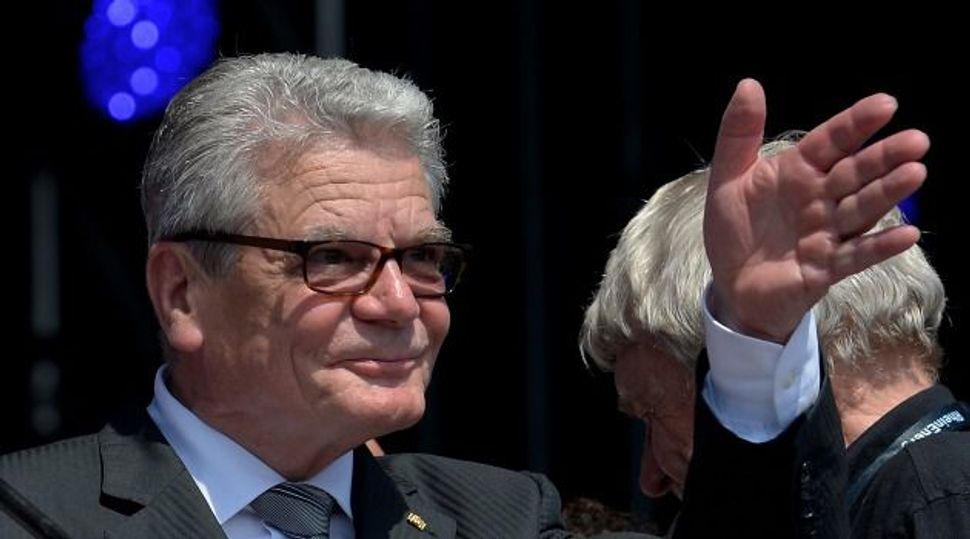 They Are Nuts**: A court ruled German President Joachim Gauck did not violate the constitution when he called neo-Nazi Image by getty images

Germany’s president did not breach the constitution when he described a far-right party as “nutcases”, the country’s top court ruled on Tuesday.

President Joachim Gauck used the term last year to refer to the National Democratic Party (NPD), widely seen as made up of neo-Nazis inspired by Adolf Hitler and which last month won enough votes to enter the European Parliament for the first time.

Taking questions during a visit to a school, Gauck referred to NPD protests against a center for asylum-seekers in Berlin and said: “We need citizens who take to the streets and show the nutcases their limits. All of you are called upon to do so.”

The NPD complained to the Constitutional Court that the comments showed the head of state, whose role is largely ceremonial, had violated his obligation to remain politically neutral. On Tuesday, the court rejected this argument.

It also ruled against another case brought by the NPD, a group which has been described by German intelligence as “racist, anti-Semitic and revisionist”, which questioned the validity of elections for two former German presidents.

The NPD wanted a repeat of the Federal Convention votes for Christian Wulff in 2010 and the re-election of Horst Koehler in 2009, alleging procedural irregularities because motions put forward by the NPD’s Udo Pastoers were not debated.

The NPD has never won a seat in the federal parliament but has seats in two of the 16 state assemblies. State governments launched a bid last year to ban the NPD for its “degrading racism” and “recognizable affinity” to the Nazis.

Pastoers is a convicted Holocaust-denier – something considered a crime under German law – and has been found guilty of incitement for describing Germany as a “Jew Republic” and German men with a Turkish background as “semen cannons”.