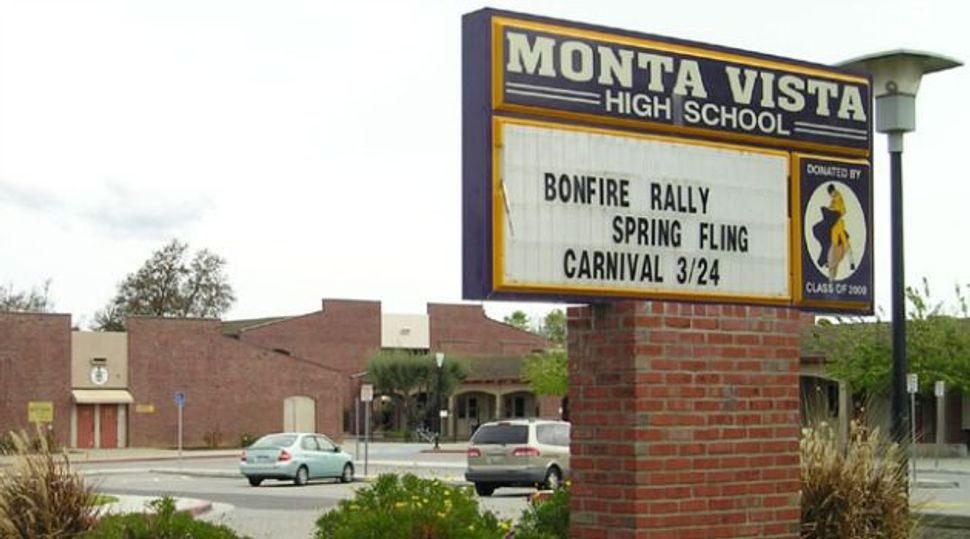 A Silicon Valley student admitted that he intentionally slipped an anti-Semitic slur into his high school’s yearbook.

The student at Monta Vista High School in Cupertino, Calif., altered the name of an Israeli Jewish classmate in a team photo caption so the last three letters spelled the word “jew,” according to the San Jose Mercury News. The Jewish student comes from a family of Holocaust survivors.

School officials discovered the slur after 1,600 copies of the yearbook were printed and distributed at a cost of $64,000. The school district denounced the incident, which prosecutors have indicated does not rise to the level of a hate crime.

Neither student’s name is being released because both are minors.

The Jewish student’s mother said the slur conjured up the signs and labels used by Nazis during the Holocaust.

“It always starts out little by little,” she told the Mercury News. “It’s better to stop this now when it’s little.”

Though the parents of the offended student have demanded that the yearbooks be recalled, officials told the Mercury News that it was “next to impossible” as ”it is unlikely that students would be willing to return their yearbooks, which are already filled with messages from their friends and classmates.”