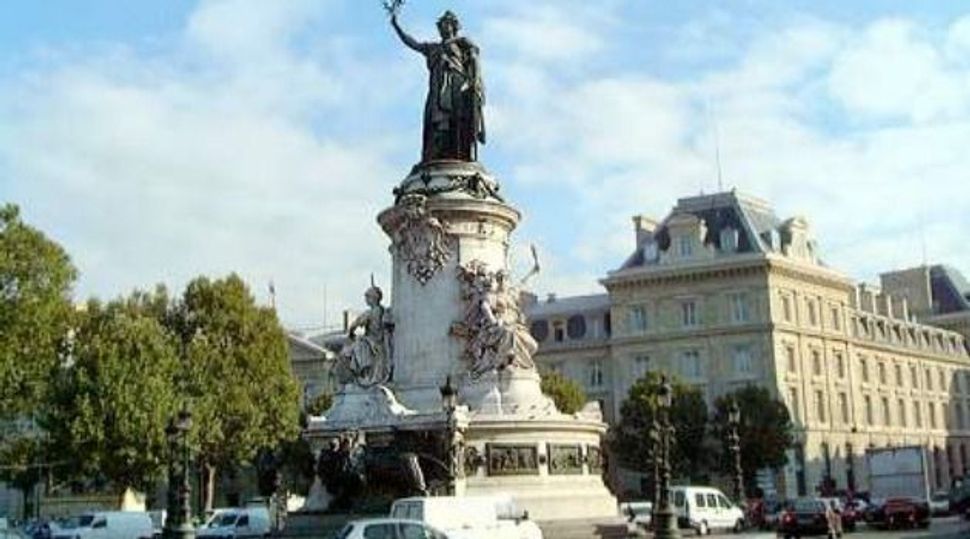 French police are looking into reports that a gang of youths tasered a Jewish teenager in central Paris.

The National Bureau for Vigilance Against Anti-Semitism, or BNVCA, said it had contacted police based on reports in French Jewish media of the alleged assault, which according to the news site Alliance.fr happened on Tuesday on Paris’ iconic Place de La Republique square.

According to the report, a group of six black teenagers used an electric taser on a Jewish boy identified by Alliancefr.com only by his first name, Raphael. He was wearing a kippah and tzitzit and was attacked for his Jewish appearance in an apparent anti-Semitic assault, Alliancefr reported.

A passerby intervened and the gang left the scene before police could apprehend them, according to the news website. One of the gang members was armed with a club.

The report came amid a series of anti-Semitic incidents in the Paris area, including two beatings in Creteil last month and a similar incident in Sarcelles.

On Monday, Stars of David were spray-painted on several houses belonging to Jews in Gradignan near Bordeaux in southwestern France, the news site alyaexpress-news.com reported.

“Anti-Semitic incidents are an almost daily occurrence in France,” BNVCA President Sammy Ghozlan told JTA. “They are becoming more frequent and whereas the targets used to be synagogues, now there are more physical assaults on people: Young religious Jews.”

Ghozlan noted the current string of incidents could be a resurgence of anti-Semitic violence in the wake of the murder of four people on May 24 at the Jewish Museum of Belgium in central Brussels. Belgian and French authorities suspect the shooter was a 29-year-old jihadist.

“After every major act of violence committed recently, we’ve felt an increase in attacks, including the 2012 Toulouse attack,” Ghozlan said in reference to the murder of three children and a rabbi at a Jewish school by a Muslim radical. “Sadly, these murders inspire the admirers of the killers to imitate their actions.”

SPCJ, the security unit of France’s Jewish communities, recorded a slew of 90 anti-Semitic acts within 10 days of the March 19 murders at Toulouse – part of a 58-percent increase in anti-Semitic incidents in 2012 over 2011.