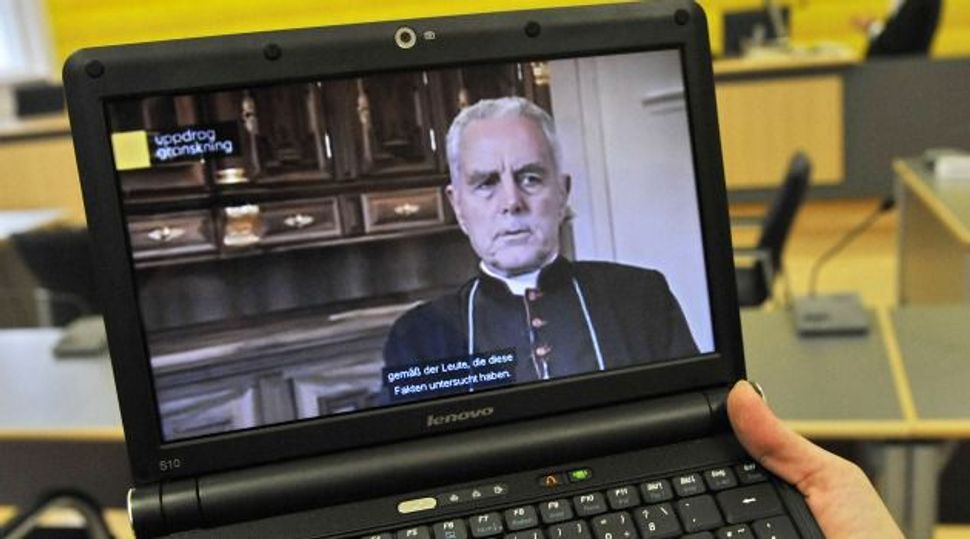 Australia canceled the visa of a British Catholic bishop who has denied that 6 million Jews died in the Holocaust.

Richard Williamson was scheduled to speak in rural Australia this month but his visa was canceled this week, the Australian Jewish News reported.

The Australian Jewish News said it had contacted the Department of Immigration last week to alert them to Williamson’s visit.

A department spokesman told the newspaper this week that “the individual’s visa has been canceled,” the paper reported.

Williamson, who was convicted of Holocaust denial by a German court, has claimed that 200,000 to 300,000 Jews perished in the Holocaust, but none in gas chambers.

Williamson, who also has described Jews as “enemies of Christ,” was suspended by Pope Benedict XVI until he repudiated his denial of the Holocaust. In 2012, Williamson was expelled from the Society of Saint Pius X, a breakaway sect that opposes Church reforms decided by the second Vatican Council.