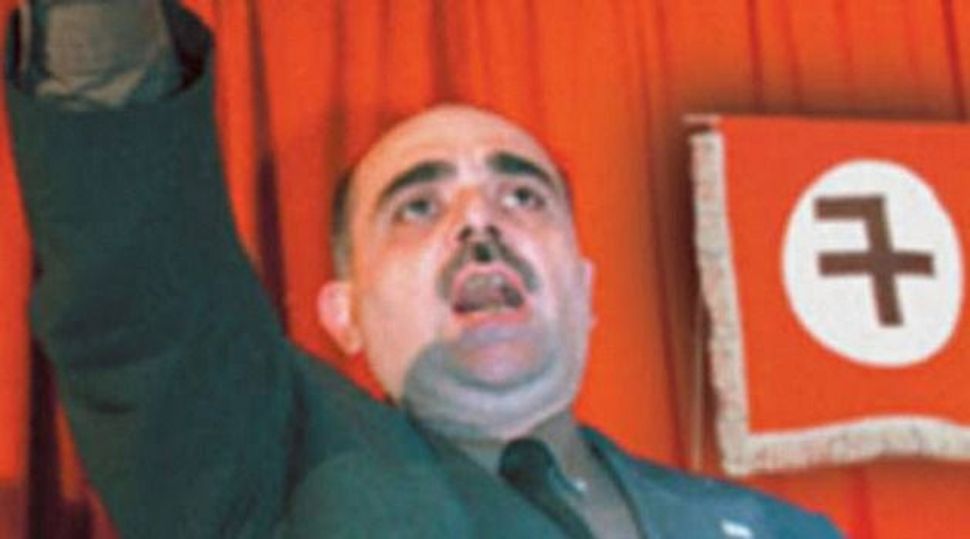 After it signed up the required 4,000 members, the nationalist organization applied before Judge Ariel Lijo, who on Wednesday gave the legal approval.

Jewish political umbrella DAIA said that that Biondini “has publicly and repeatedly supported the figure of Adolf Hitler and Nazism. DAIA reiterates its position to not legitimize as a political party those who justify hatred and encouraging violence against the Jewish community and others in our country.”

In 1988, Biondini led chants of “Death to traitors, cowards and Jews” at a gathering of extreme-right-wing demonstrators in Buenos Aires. At that time, Biondini’s group was called the National Alert, reminiscent of the cry “Germany, awake!”

Three years later, Judge Maria Servini de Cubria quashed a neo-Nazi group’s request to register itself as the Workers’ Nationalist Socialist Party and use the swastika as its symbol.

In the 2011 elections Biondini´s Social Alternative Party was shunned by voters, garnering just 0.19 percent of the vote.

His previous party, New Triumph, was banned by Argentina’s Supreme Court in 2009.

The new party of the Nazi sympathizer expects to take part in next year’s presidential election.