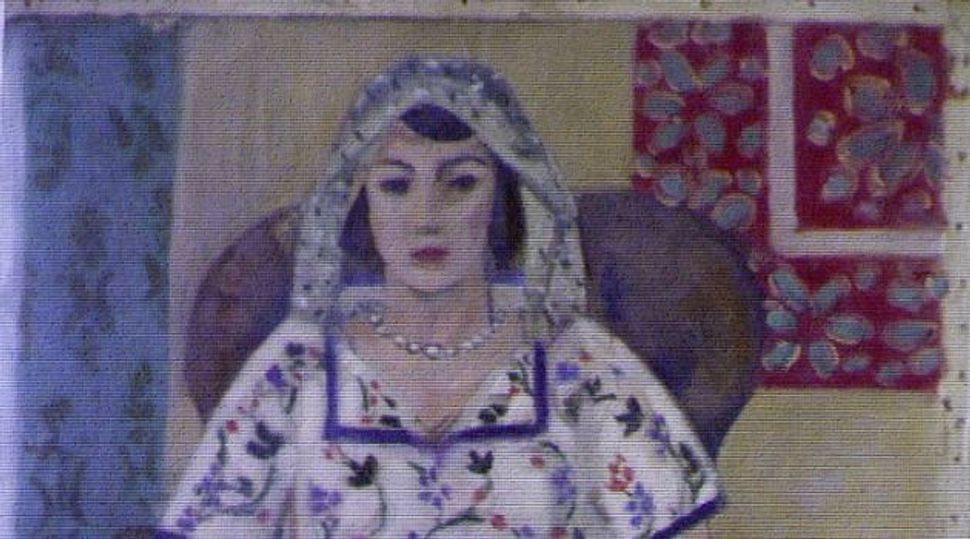 A painting by Henri Matisse in the collection of Cornelius Gurlitt in Munich was stolen by the Nazis from its Jewish owner, a German task force confirmed.

The confirmation on the work “Seated Woman” was announced Wednesday by the task force set up by the German government to research more than 1,000 works confiscated from Gurlitt’s apartment in 2012 during an investigation for tax evasion.

It is unclear when the heirs of Parisian art collector Paul Rosenberg will see the painting returned.

Gurlitt had inherited the collection from his father, Hildebrand, who was hired by the Nazis to buy art for its museums or to sell for profit.

Ingeborg Berggreen-Merkel, who heads the task force, said in a statement that “though it is not clear how Hildebrand Gurlitt ended up with the painting,” it is clear that “Seated Woman” was ”looted by the Nazis from the collection of its rightful owner, Paul Rosenberg.”

According to German news reports, Matisse created the work in the 1920s. The task force said it was most likely stolen by the Nazis and then bought by a Paris-based art dealer, Gustav Rochlitz, who had a close connection to Hitler’s chief lieutenant, Hermann Goering.

Reportedly, Goring possessed the work for a while. Eventually it reached Hildebrand Gurlitt, who died in 1956.

In March, Cornelius Gurlitt declared his readiness to return the painting to Rosenberg’s heirs, but he died before the negotiations were complete. Meanwhile, another potential claimant surfaced.

Complicating matters further, Gurlitt in his will left the entire collection to the Art Museum Bern Foundation in Switzerland but pledged to return all works identified as having been “stolen or robbed” by the Nazis. Gurlitt’s court-appointed attorney Christoph Edel said in March that relatively few works in the collection would fall into that category.

The museum has not decided if it will accept the gift.