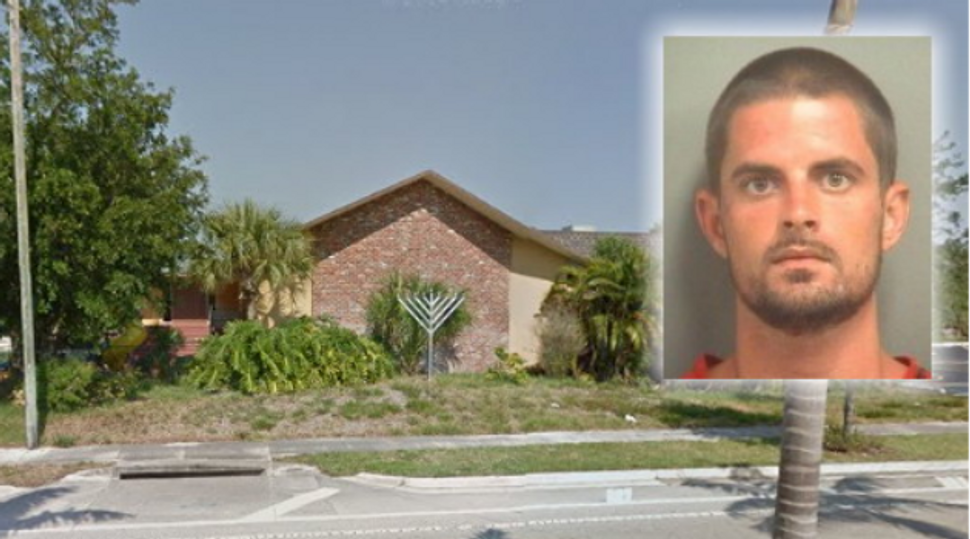 A rabbi rode a motor scooter to chased down a suspected burglar after spotting him outside of a Palm Beach, Florida Chabad house.

Avrohom Ezagui, a Lubavitcher rabbi, became suspicious when he saw a man holding a bag of valuables, according to The Palm Beach Post.

Ezagui assumed the valuables had been taken from Chabad and gave chase on his scooter. A fight reportedly broke out when Ezagui reached the man, Eric Hanna, 28.

But Hanna had actually allegedly targeted a nearby home, not the Chabad house. He allegedly broke into the home through an open window and grabbed over $10,000 worth of jewelry, the paper reported.

In 2011, the Chabad Palm Beach synagogue was targeted by burglars. Besides making off with valuables the crooks swiped a $1 that had been blessed by the late Lubavitcher rebbe Menachem Schneerson.

The synagogue offered a $1,000 reward for the safe return of the bill, but apparently got no takers.