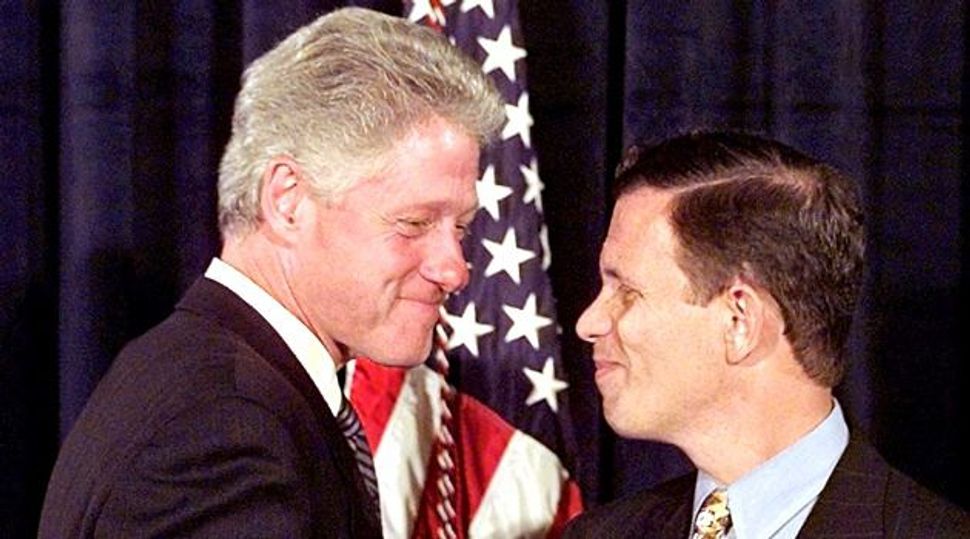 Steve Grossman, the former chair of AIPAC and one-time head of the Democratic National Committee, is one of two Democratic Jewish candidates for Massachusetts governor on the primary ballot.

The primary will be held in September.

Grossman was the top vote getter among Democratic Party activists, garnering 35.2 percent of the delegates’ votes, ahead of Martha Coakley, the state’s attorney general who received 23.3 percent. Berwick received 22.1 percent of the vote, just behind Coakley, according to the Boston Globe.

Coakley, who holds a significant lead in statewide polls, will be the only woman on the primary ballot for governor, after the other woman candidate, Juliette Kayyem, a former Homeland Security official, did not receive the required 15 percent of the convention vote, as required by party rules.

Massachusetts has never had a Jewish governor, though it’s not a first for Jewish candidates to run for the state’s top office. In 2002, Grossman withdrew his candidacy before the primary, in an election that included former Clinton-era Labor Secretary Robert Reich.

During the convention, news spread that Grossman had a new grandson, Jacob, born to his son and daughter-in-law.

In the race to replace Grossman as state treasurer, two of the three candidates who will be on the September primary ballot are also Jewish, Deborah Goldberg and Barry Finegold.