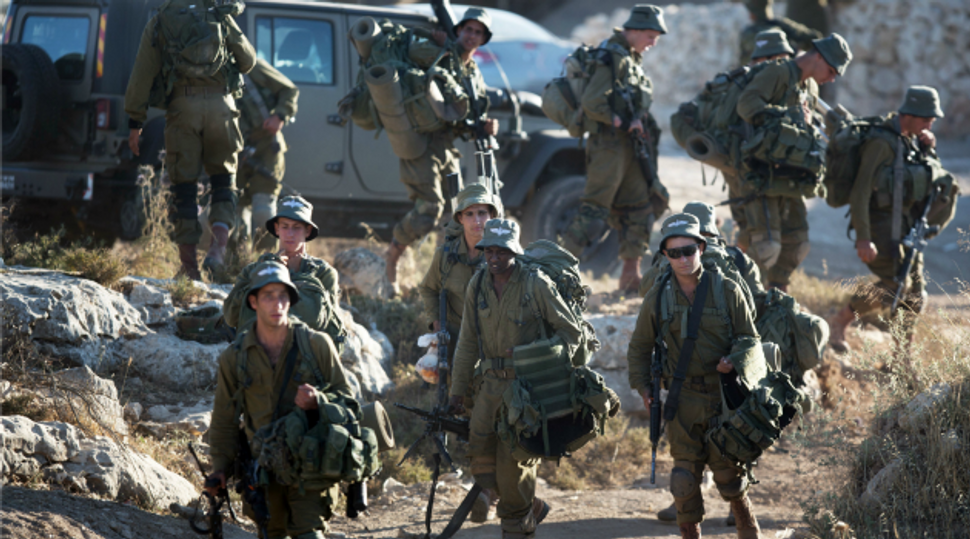 Desperate Search: Israeli soldiers deploy near the West Bank town of Hebron on June 15, as Israel broadened the search for three teenagers believed kidnapped by militants. Image by Getty Images

Israeli troops scouring a West Bank city for three Israeli teenagers who are believed to have been abducted by Palestinian militants blew down the door of a home with explosives on Sunday after residents did not admit them, Palestinian witnesses said.

They said there were no casualties in the incident in Hebron, in which gunfire was also briefly heard.

Soldiers have been conducting intensive house-to-house searches in Hebron for three teenagers who went missing on Thursday night after leaving a West Bank settlement. Israel said on Sunday that they had been kidnapped by Hamas militants.

Hamas, which has neither confirmed nor denied the Israeli allegation, has a large following in Hebron.