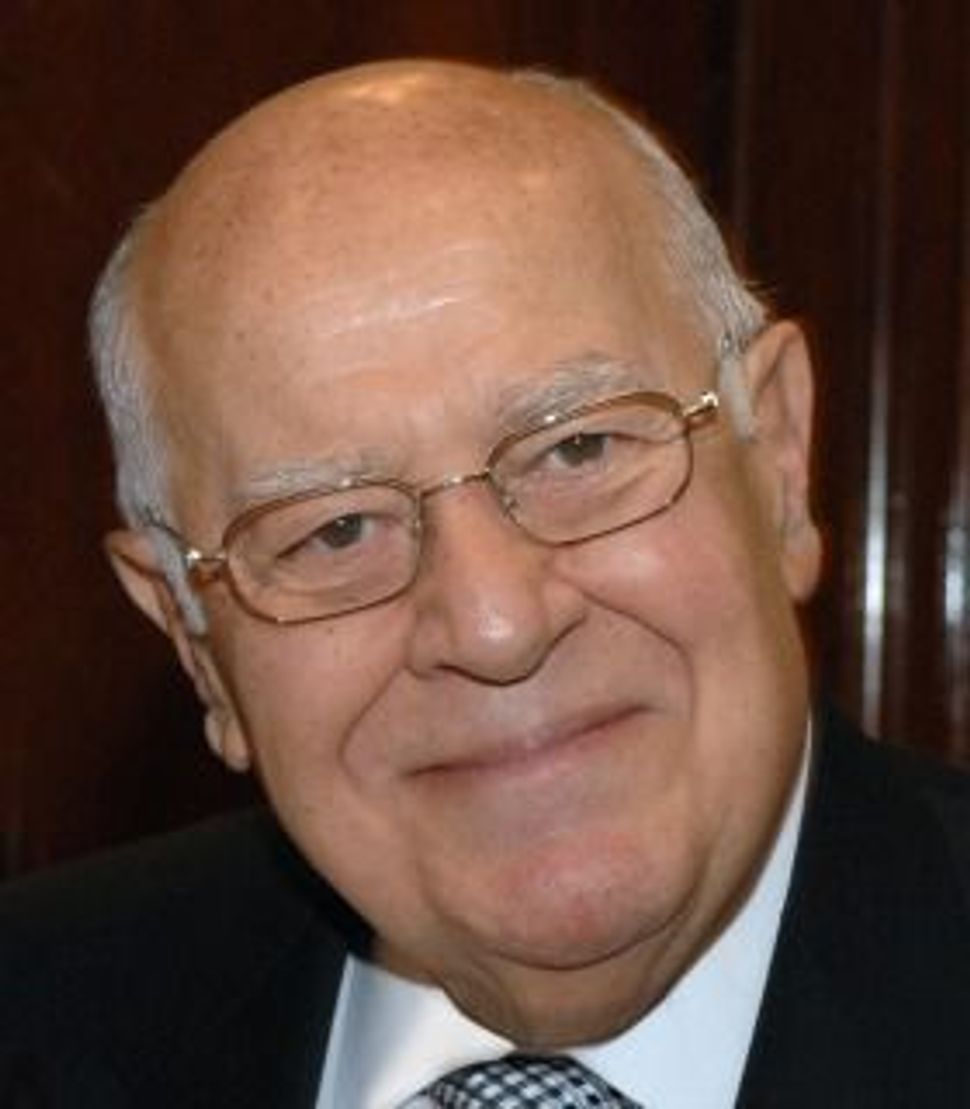 Moise Safra Image by yeshiva u.

Moise Y. Safra, a billionaire member of the Safra family of financiers, who for over half a century have catered to an affluent clientele spanning from São Paulo to New York and Monte Carlo, died on Sunday, two sources with knowledge of the situation said. He was 79.

One of the sources said Moise, the second of the three Safra brothers who founded the Safra Group in the mid-1950s in São Paulo, had been under observation at the Hospital Israelita Albert Einstein for a few days. The financier, who suffered a heart attack on Friday, had struggled with Parkinson’s Disease in recent years, said the source, who was not allowed to discuss the matter publicly.

As a member of Brazil’s most prominent Jewish business clan, Safra was deeply involved in Jewish community affairs in Brazil, spending a great deal of his time and fortune funding health, education and charity projects and paying for the construction of synagogues and community centers.

Efforts to reach several spokespeople for the Safra family in New York and São Paulo were unsuccessful.

The Safras stood out among a number of Brazilian families whose businesses grew transnational but also remained loyal to their local roots. Moise Safra was born into a wealthy banking family, of Jewish tradition, in Syria. The Safras moved to Brazil in 1952 and in 1955 he joined his father Jacob and older brother Edmond in the business of trade financing in São Paulo.

His younger brother Joseph reportedly paid $2.5 billion for Moise’s 50 percent stake in Banco Safra SA in 2006, putting an end to years of disputes over direction of the bank. Edmond, the family’s older sibling and one of the most prominent private bankers of the past century, died in December 1999 in an arson attack at his Monte Carlo penthouse that shocked the banking world.

Moise Safra’s fortune was estimated at $2.2 billion by Forbes Magazine this year. He was married to Chella Cohen Safra, with whom he had five children.