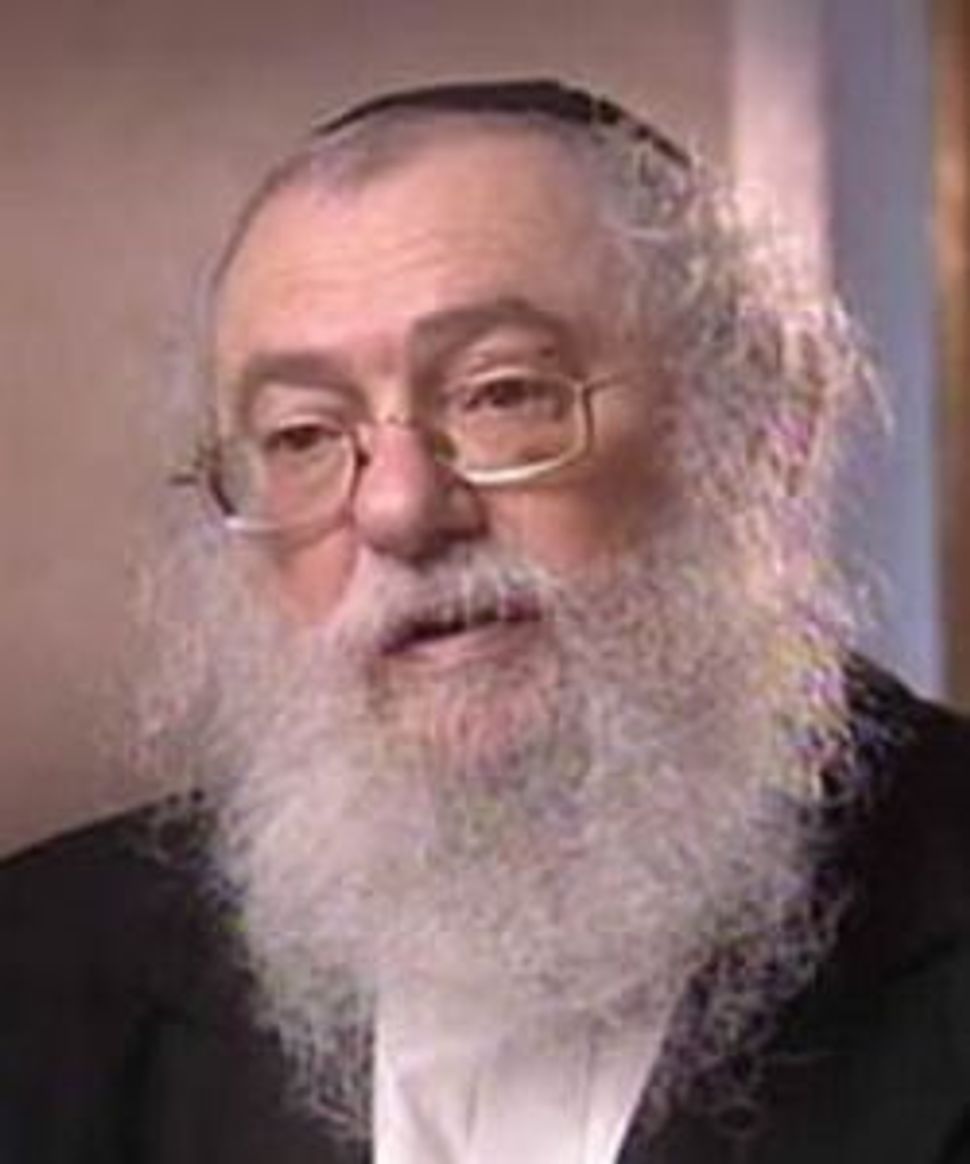 Rabbi Nachman Sudak, the chief emissary for the Chabad-Lubavitch movement in the United Kingdom, has died.

Sudak died Sunday in London; he was 78.

Directed personally by the Lubavitcher rebbe, Menachem Mendel Schneerson, to move to London in 1959, Sudak lived there for the rest of his life, according to Chabad.org, developing and overseeing a network of Chabad-led institutions throughout the country that now includes 11 campus centers, 25 Chabad houses and 14 schools.

“Rabbi Nachman Sudak guided the destiny of Chabad in Britain for more than 50 years, turning it from a marginal presence to one that affected tens of thousands of lives and changed the entire tone of Anglo-Jewry,” said Emeritus Chief Rabbi Lord Jonathan Sacks, according to the Jewish Chronicle.

Sudak was born in the USSR band before immigrating with his family to British Mandate Palestine and then in 1954 to Brooklyn, according to Chabad. In 1959, he was married in London to Fradel Shemtov, whose father oversaw the Chabad network in the United Kingdom at the time.

In 2001, Queen Elizabeth conferred on Sudak the Order of the British Empire. Sudak, in turn, presented the queen with a mezuzah.

Sudak also served on the boards of several major governing bodies of Chabad, including its umbrella organization, Agudas Chassidei Chabad, and its educational arm.

Sudak is survived by his wife and nine children, including his son Rabbi Bentzi Suda, the chief executive of Chabad Lubavitch U.K.