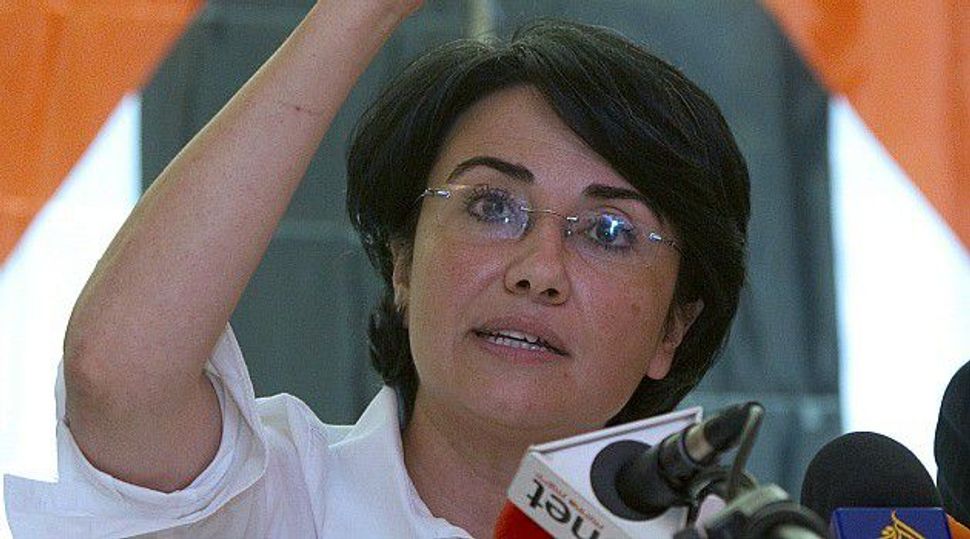 An Arab-Israeli Knesset member said in an interview that the kidnappers of three Israeli teens are not terrorists.

“They are people that cannot see any way to change their reality, and they are forced to use these means until Israeli society wises up a bit and sees and feels the suffering of the other,” Hanin Zoabi said Tuesday morning in an interview with Tel Aviv Radio.

Zoabi is an Israeli lawmaker from the Arab-Israeli Balad Party. She participated in the May 2010 flotilla to break Israel’s naval blockade of Gaza on the Mavi Marmara, the ship on which nine Turkish passengers were killed after Israeli commandos storming the ship were attacked. She was punished by the Knesset Ethics Committee for her actions.

Several Israeli lawmakers called for Zoabi’s arrest on charges of incitement to violence or terror, and for her removal from the Knesset.

“Not only are the kidnappers terrorists, Hanin Zoabi is a terrorist too,” Israeli Foreign Minister Avigdor Liberman said following the interview.

The interview came a day after she levied harsh criticism against a teenage relative, Mohammad Zoabi, who posted a video on YouTube in which he called in English, Hebrew and Arabic for the release of the three kidnapped Israeli teens and showed his support for Israel.

Police on Tuesday arrested three of Zoabi’s relatives from Nazareth for threatening the teen.