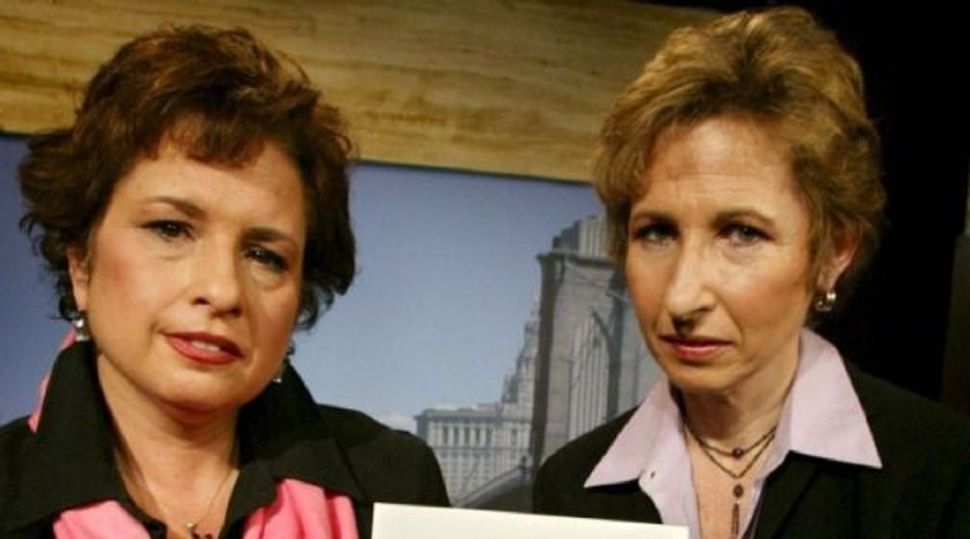 Embattled Opera: Lisa, left, and Ilsa Klinghoffer, the daughters of Leon Klinghoffer who was killed in the Achille Lauro cruise liner hijacking in 1985. Image by haaretz

The Metropolitan Opera has decided to cancel its global simulcast of the controversial work ‘The Death of Klinghoffer,’ which some critics say is anti-Semitic.

The Met will still stage the production about the victim of a Palestinian terror attack but will scrap plans to beam it around the world.

“I’m convinced that the opera is not anti-Semitic,” Peter Gelb, the Met’s general manager, said in a statement. “But I’ve also become convinced that there is genuine concern in the international Jewish community that the live transmission of ‘The Death of Klinghoffer’ would be inappropriate at this time of rising anti-Semitism, particularly in Europe.”

Composed by John Adams and written by Alice Goodman in 1991, the opera focuses on the story of the 1985 hijacking of the cruise ship Achille Lauro by Palestinian terrorists. Over the course of the opera, the terrorists shoot and kill Leon Klinghoffer, a Jewish tourist.

The Anti-Defamation League (ADL) welcomed the Met’s decision, noting the simulcast might have fomented anti-Israel sentiment and could promote anti-Semitism.

The ADL represented the Klinghoffer’s family in the controversy. Abraham H. Foxman, ADL National Director praised the opera company for taking their concerns into account.

Leon Klinghoffer’s daughters, Lisa and Ilsa Klinghoffer, criticized the opera at its premiere, as they felt that the opera treated the Palestinian terrorists too sympathetically.

“The Death of Klinghoffer” will run for eight performances in New York in October and November.