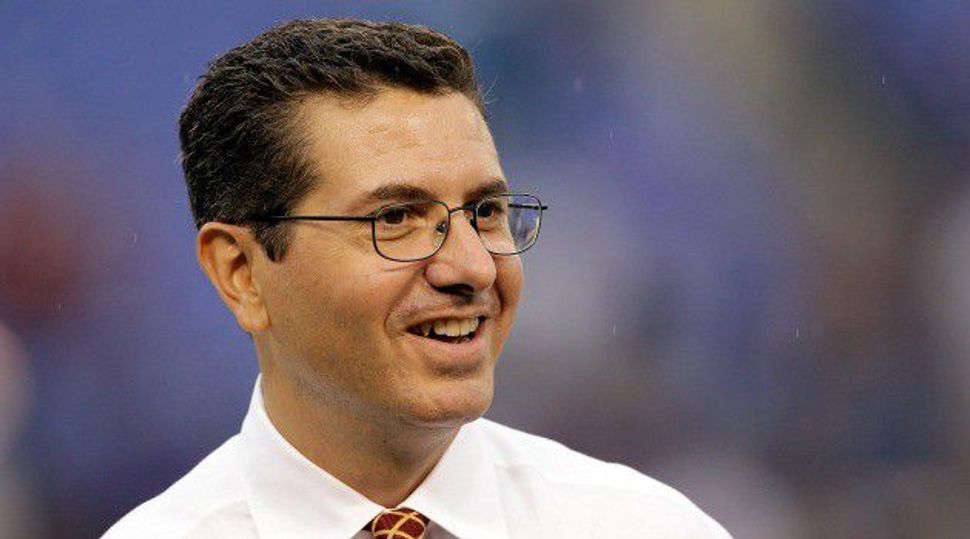 Dan Snyder, the owner of the Washington Redskins, has resisted pressure to change the team’s name. Image by getty images

The Anti-Defamation League welcomed the cancellation of the Washington Redskins trademark by the federal patent office.

“The decision by the U.S. Patent and Trademark Office represents a significant step forward in fighting prejudice, discrimination and hurtful stereotypes, particularly in the professional sports arena,” the ADL said in a statement Wednesday, after the announcement of the revocation.

The ADL has joined a number of initiatives to persuade the NFL franchise to change its name, most recently signing a letter to every NFL player to speak out in favor of a change.

The patent office’s decision does not immediately deprive the team of rights to the name. The decision must first exhaust appeals, and even in the event it is upheld, the Redskins may be able to invoke some legal protections.

The team’s owner, Dan Snyder, is Jewish. He has resisted pressure to change the name.