Sephardic Man Tries To Fly to Spain’s Granada, Ends Up in Caribbean’s Grenada 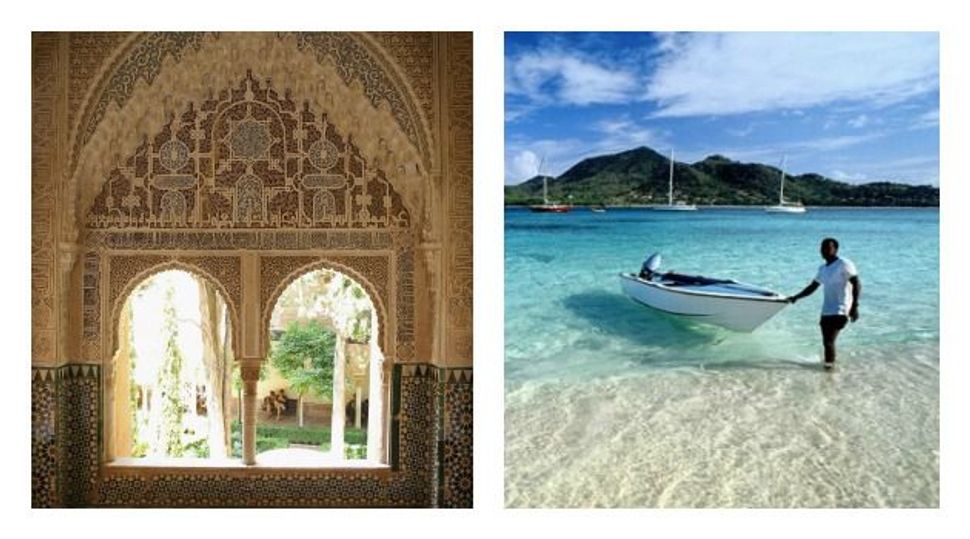 A man who claims Spanish Jewish heritage is suing British Airways for flying him to Grenada in the Caribbean — when he was supposed to be flying to Granada in Spain.

American dentist Edward Gamson and his partner spent $3,500 on first-class tickets to the Andalusian city celebrated for its historic Alhambra Palace. But instead of a two-hour jaunt from London to Spain, they ended up on a nine-hour journey to the Caribbean, finally disembarking 4,000 miles away from their destination, the New York Daily News reported.

After British Airways refused to reimburse their tickets and retracted its initial promise to rectify the mix-up by flying them to Spain, Gamson decided to sue for $34,000 in damages. The case is now heading to U.S. courts.

Gamson claims the electronic tickets said “Grenada” but did not specify the country or airport code. He insists that he made it “absolutely clear” to the ticketing agent that he wanted to travel to Granada in Spain.

“I have a lifelong interest in Islamic art. I’m also of Spanish Jewish heritage, so it was something I had always wanted to do to visit Granada and the Alhambra,” he said.

“Why on earth would I want to go to Grenada in the Caribbean if I was flying back to America from Lisbon?”

Sephardic Man Tries To Fly to Spain’s Granada, Ends Up in Caribbean’s Grenada