Sephardic Leader Says No to Women in College 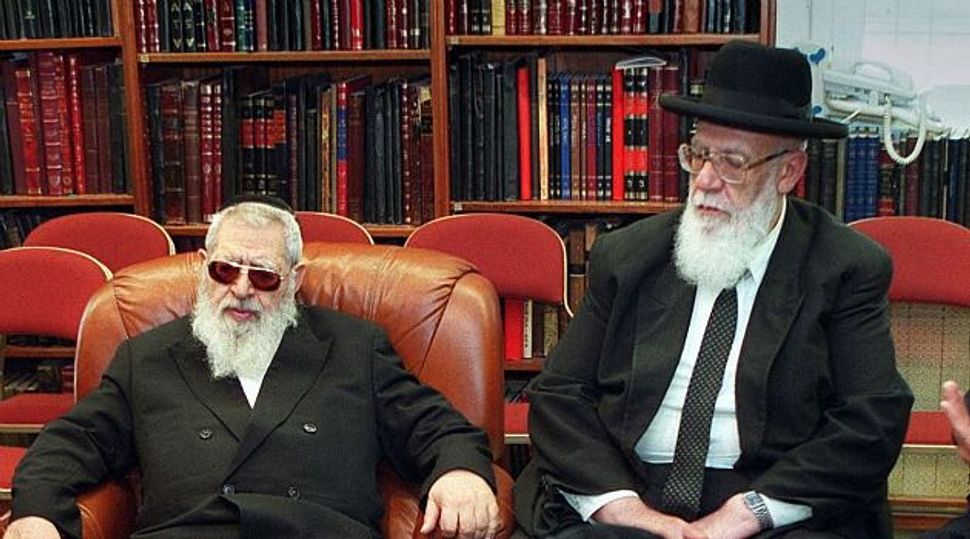 Rabbi Shalom Cohen said in an official letter published Monday on the haredi Orthodox website Kikar HaShabbat that women’s participation in academic pursuits, including in haredi colleges, is a violation of Jewish law. It was Cohen’s first official ruling since assuming his position.

Cohen, the president of the Shas Council of Torah Sages, in April succeeded Rabbi Ovadia Yosef, who died in October. Yosef’s daughter, Adina Bar-Shalom, in 2001 founded the Haredi College of Jerusalem, an institution supported by her late father.

“Our rabbis, the sages of Israel, unconditionally opposed academic study and even in the Haredi colleges, since a significant number of professors are university graduates and do not uphold the pure religious worldview on which the girls were raised,” Cohen wrote.

“In addition, the material in the colleges is based on research and scientific methods that contravene the Torah. Therefore, students should not even consider going to learn academic studies in any framework, since this is not the way of the Torah.”

Sephardic Leader Says No to Women in College