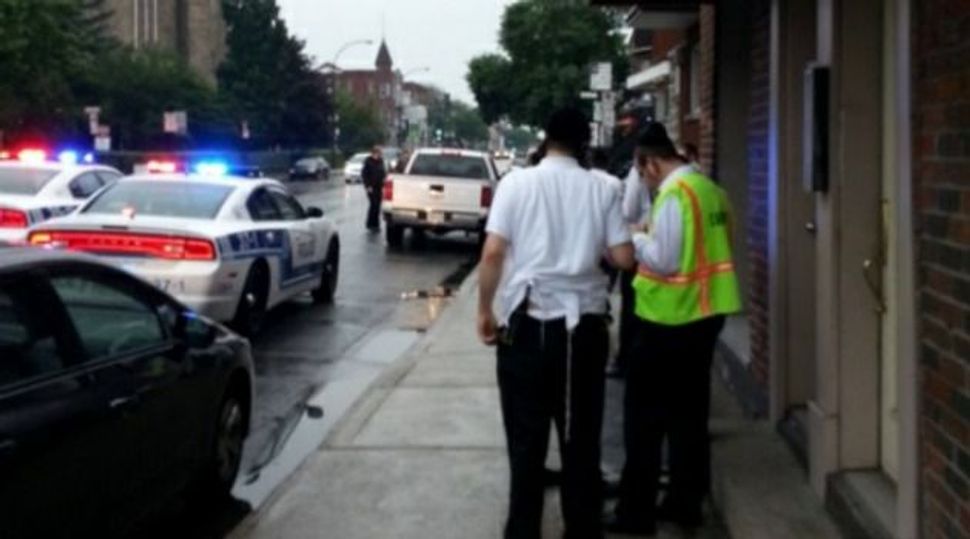 A Montreal man accused of exposing himself to Jewish girls was arrested by police and members of Chaverim, an Orthodox emergency responders organization.

The arrest followed months of complaints received by Chaverim about a man who would allegedly call Orthodox Jewish girls over to his pick-up truck, sometimes under the pretense of needing directions, and then expose himself.

“The community is terrified,” said Barry, a Chaverim administrator who declined to give his last name. “Every single child is scared to go out. Mothers are scared.”

The alleged perpetrator was arrested after a victim of an act of indecency notified Chaverim, who tracked down the man in conjunction with police.

Chaverim had previously warned the Jewish community about the incidents, which apparently began last summer, stopped during the winter, and recently started up again.

“It’s a terrible thing for a child to go through,” the Chaverim administrator said. “It’s a relief to everybody that he’s been caught, and hopefully it will stop completely.”

It remains unclear whether the man was only targeting Jewish youths. Chaverim said it is only aware of incidents involving Jews, but it does not track incidents occurring outside the Jewish community it serves.