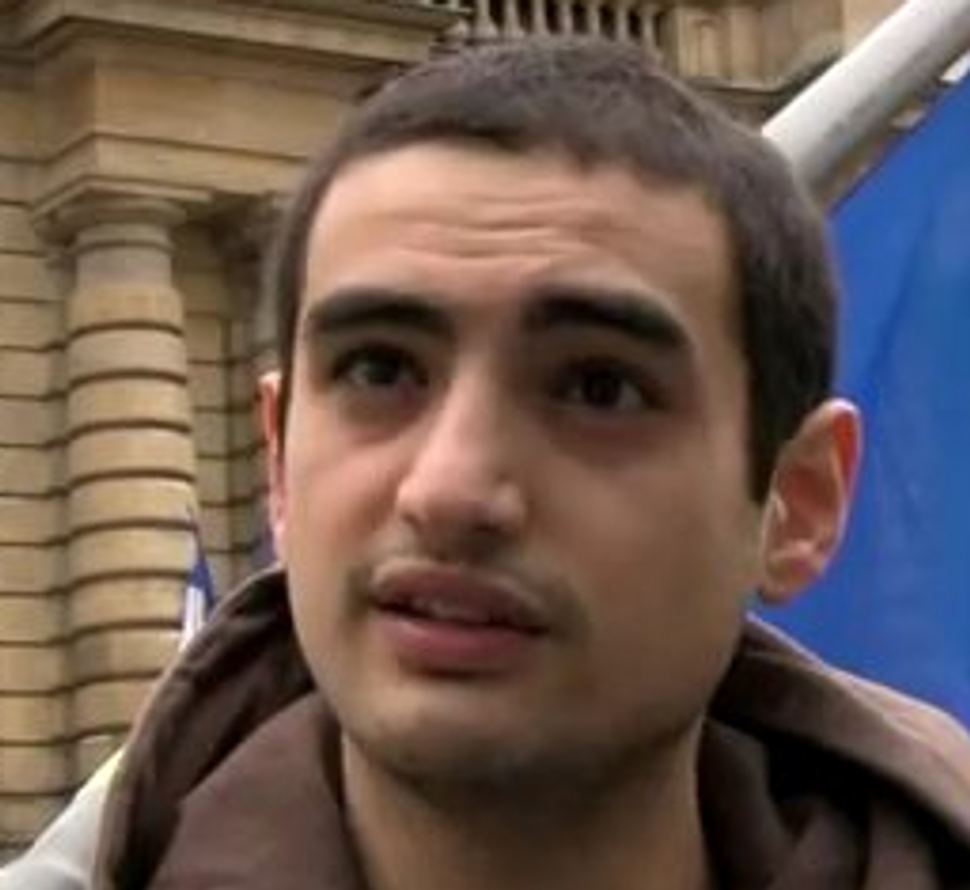 Two French Jews were sent to prison for placing a bomb in 2012 under the car of an anti-Zionist journalist in Paris.

The two men, identified only by their last names, Bismuth and Benhamou, were sentenced on June 20 by a judge from the Versailles Correctional Tribunal to six months and 10 months in jail respectively, according to Agence Info Libre.

The two men, who are in their 20s, were part of a gang of four whom police arrested in 2012 on suspicion that they had placed an improvised explosive device under the car of Jonathan Moadab, a reporter for Agence Info Libre who is also an anti-Zionist activist.

According to Moadab, the four are members of the French branch of the Jewish Defense League, a movement classified as terrorist in the United States and Israel.

The remaining members of the group French authorities believe responsible for the attack are minors. Their prosecution is ongoing, Agence Info Libre reported.

JDL France, or Ligue de Defense Juive, has been involved in a number of violent incidents in France, believed to be retaliations for frequent attacks on Jews, which watchdog groups attribute mainly to Muslim and Arab radicals.