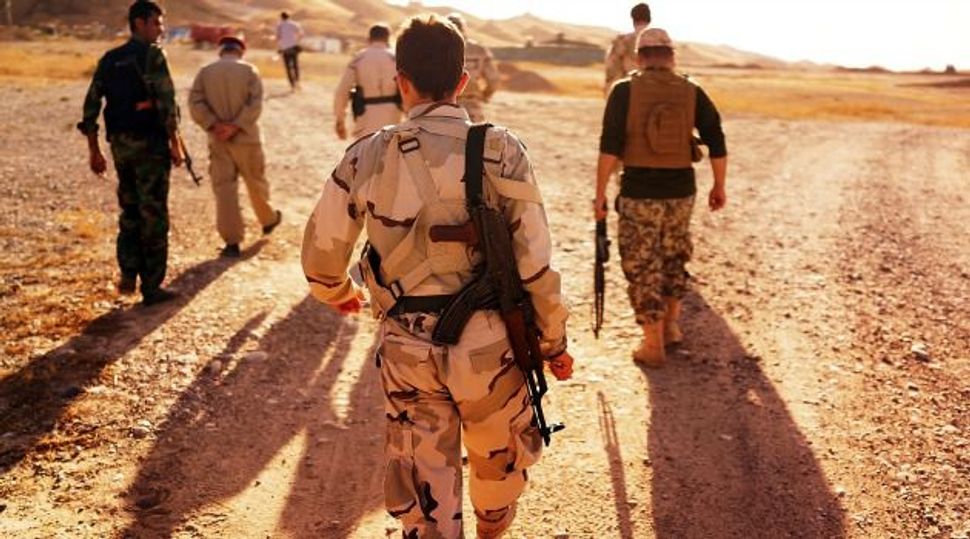 ‘A Fighting People’: Kurdish soldiers keep guard near the frontline with Sunni militants on the outskirts of Kirkuk, Iraq. Image by Getty Images

Israel has maintained discreet military, intelligence and business ties with the Kurds since the 1960s, seeing in the minority ethnic group a buffer against shared Arab adversaries.

The Kurds have seized on recent sectarian chaos in Iraq to expand their autonomous northern territory to include Kirkuk, which sits on vast oil deposits that could make the independent state many dream of economically viable.

But Iraqi Kurds, who have ethnic compatriots in Iran, Turkey and Syria, have hesitated to declare full independence, one reason being the feared response of neighboring countries.

“We should … support the Kurdish aspiration for independence,” Netanyahu told Tel Aviv University’s INSS think-tank, after outlining what he described as the collapse of Iraq and other Middle East regions under strife between Arab Sunni and Shi’ite Muslims.

Kurds, Netanyahu said, “are a fighting people that has proved its political commitment, political moderation, and deserves political independence.”