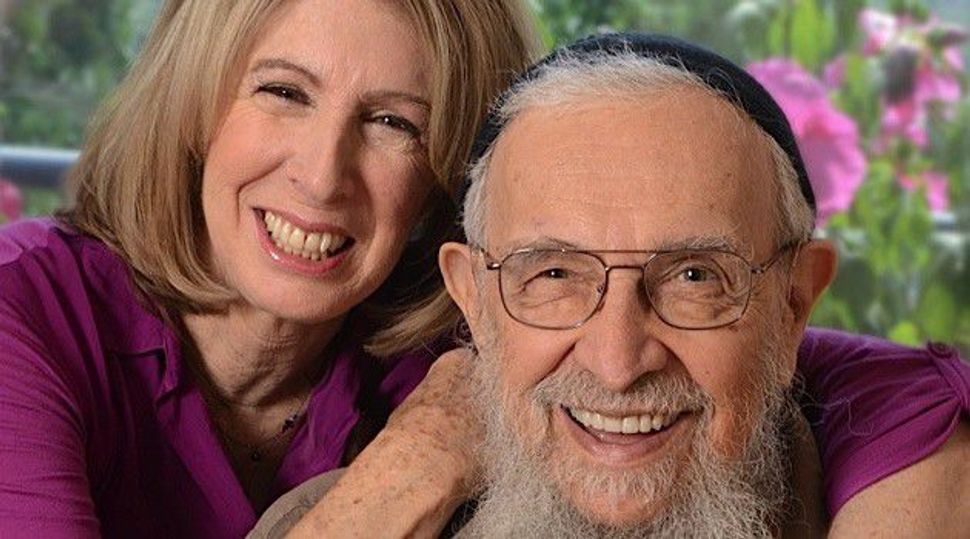 Rabbi Zalman Schachter-Shalomi, the father of the Jewish Renewal movement, has died at age 89.

A maverick rabbi who started out in the Chabad-Lubavitch movement, Schachter-Shalomi transitioned over time toward a New Age, neo-Chasidic approach, gaining a substantial following on his own but also influencing other Jewish denominations.

His nontraditional approaches to Jewish spirituality, including services marked by ecstatic prayer, drumming and dancing, eventually morphed into the Jewish Renewal movement.

Known to friends and followers as Reb Zalman, he lived out his later years in Boulder, Colo., where he died Thursday morning after being ill for some time. An associate told JTA that he had been battling a pneumonia infection in recent weeks.

The movement he started had its origins in the 1960s, when Schachter-Shalomi began instituting meditation and dance during prayer services. He sought to fuse the mystical traditions of his Lubavitch background with the sensibilities of the modern world in an effort to revitalize a synagogue practice he found stultifying.

He eventually broke with Chabad, founding the P’nai Or Religious Fellowship in 1962 and a havurah — a lay-led congregation with no central leader — in Sommerville, Mass., in 1968. He ordained the first Renewal rabbi, Daniel Siegel, in 1974.

In 1993, P’nai Or merged with Rabbi Arthur Waskow’s Shalom Center to become Aleph, the Alliance for Jewish Renewal. The Philadelphia-based institution has ordained some 80 rabbis. Born in Poland in 1924 and raised in Vienna, Schachter-Shalomi’s family fled the Nazis and eventually landed in Brooklyn in 1941. He was ordained as a rabbi in 1947 by the sixth Lubavitcher rebbe, Yosef Yitzchok Schneerson. He later got a master’s degree from Boston University in the psychology of religion, and a doctorate from Hebrew Union College, which is affiliated with the Reform movement.

His last teaching post was at Naropa University, a Buddhist-inspired Colorado institution that is now home to Schachter-Shalomi’s archives.

“This man is a Chasid,” Rebecca Alpert, a professor of religion at Temple University, told JTA several years ago in an interview about Schachter-Shalomi’s influence. “No one could possibly duplicate his sagacity, presence and magic.”