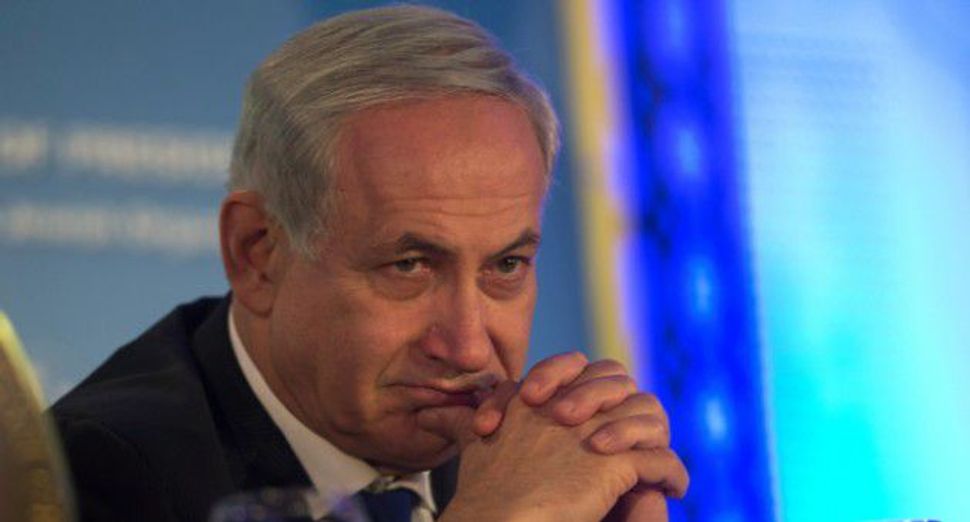 (Reuters) — Israel’s prime minister phoned the father of a murdered Palestinian teenager on Monday to promise that the attackers would be prosecuted, the government said, as anger over the killing fueled Arab street protests.

The burnt body of 16-year-old Mohammed Abu Khudair was discovered in a Jerusalem forest last week. Six Jews have been arrested in what police suspect was a revenge attack for the abduction and killing of three Jewish youths.

“I wish to express my shock and the shock of Israel’s citizens over the despicable murder of your son,” Prime Minister Benjamin Netanyahu told the father, Hussein Abu Khudair, according to the statement.

“The murderers will be brought to trial and prosecuted to the full extent of the law,” the right-wing leader added, according to the statement, a day after Israel announced that six Jewish suspects, whom it did not identify, were in custody.

The youngster’s death has triggered street clashes between angry Palestinians and Israeli police in East Jerusalem, violence that has spread to Arab towns and villages across Israel.

Israelis also have been angered by the deaths of the three Jewish teens, who disappeared in the occupied West Bank on June 12. Their bodies were found in the territory last Monday.

Israel says that Hamas militants killed them – an allegation the Islamist group, now locked in daily cross-border fighting with Israel along the Gaza frontier – has neither accepted nor denied.

Israel’s outgoing president, Shimon Peres, and his successor, Reuven Rivlin, promised in a joint editorial published in Yedioth Ahronoth, the country’s best-selling newspaper on Monday, there would be no cover-up in the investigation of the Palestinian’s death.

Cautioning that “words can kill”, they also appealed for an end to incitement by both sides in the decades-old Israeli-Palestinian conflict.

“The bloodshed will stop only when we all understand that it is not our unhappy fate to live together, but rather our destiny to do so,” Peres, a Nobel Peace Prize laureate, and Rivlin, a veteran right-wing politician, wrote.