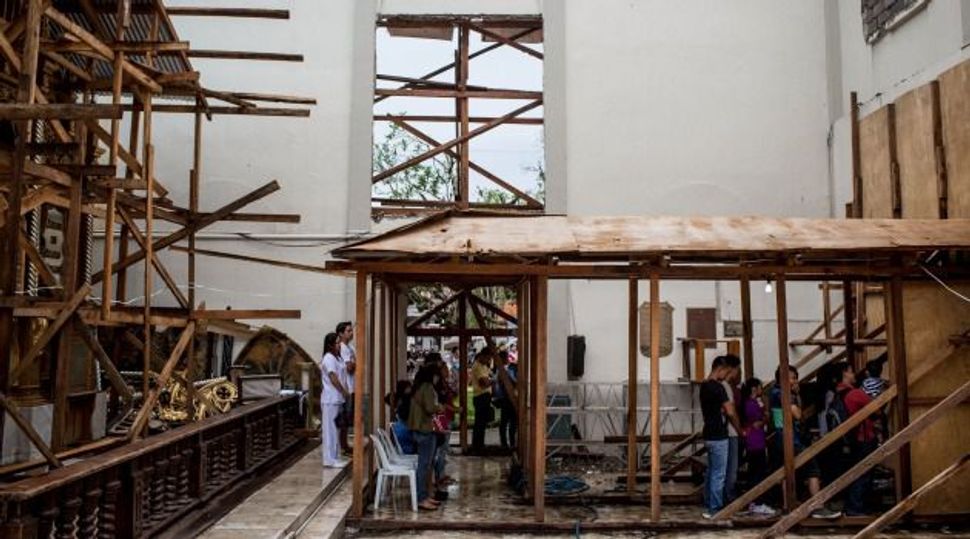 The American Jewish Joint Distribution Committee, or JDC, delivered the boats to the villagers of Lat-Asan, located in one of the regions hit hardest by Typhoon Haiyan — a storm that devastated large areas in the Philippines last year and claimed the lives of over 6,000 people.

Each fiberglass boat costs approximately $600, a sum which the average Filipino earns in approximately three months, according to World Bank figures from 2013.

When the typhoon hit in November, countless fisherman were rendered jobless because the storm destroyed their boats.

The 10 boats donated by JDC and delivered last month were the first of 36 in total earmarked for Filipino fishermen in the area in the central island of Panay.

The boat donation is one of a number of rebuilding and development projects carried out by JDC on the island nation, with over $2.6 million dollars raised. Other programs include helping farmers rebuild destroyed coconut groves and teaching emergency skills to reduce loss of life in future disasters.

Another technique involves teaching fishermen growing aquaculture such as mussels and oysters to switch to floating cages.

“When typhoons hit, the fixed cages are likelier to be lost, while the floating cages can be recuperated, but constructing floating cages involves techniques and materials that not everyone is familiar with or have access to,” said Adam Steinberg, a 28-year-old doctor from Melbourne who recently completed a stay of several months in the Philippines as JDC’s coordinator of the organization’s aid operation in the Philippines.