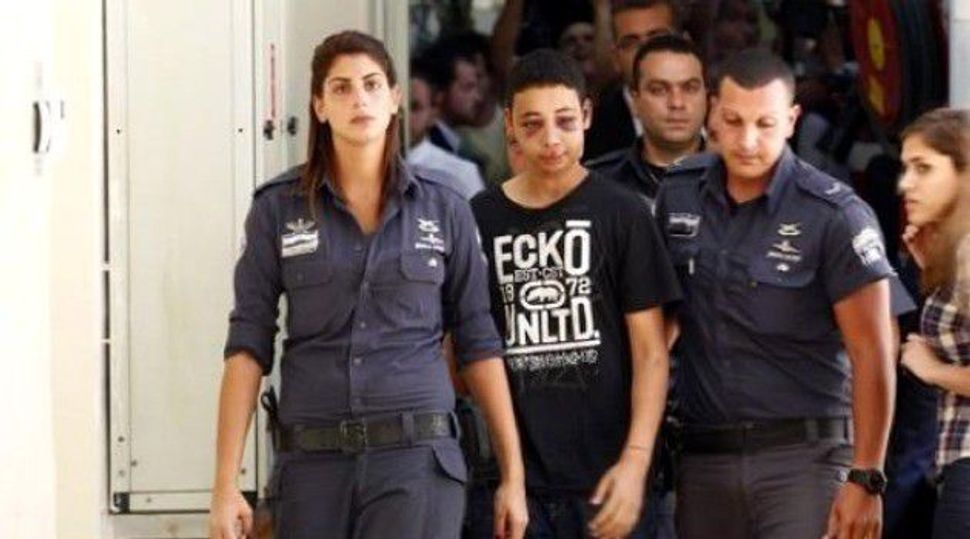 But among American Jewish groups, the incident hasn’t prompted much comment.

While Jewish organizations across the political and religious spectrum condemned the killing last week of Mohammed Abu Khdeir once it became clear that Jewish extremists were responsible for abducting him and burning him to death, they have hardly remarked on Tariq’s beating.

One exception was J Street, which called it a “vicious beating.”

A spokesman for the Anti-Defamation League told JTA that it was withholding judgment for now, even though the videotape clearly shows the helpless teen being brutally beaten.

“Tariq Abu Khdeir was arrested for participating in a violent demonstration against Israeli authorities, and he remains under house arrest. The circumstances of his detention are currently under investigation,” the spokesman said. “We will await the outcome of that investigation before drawing any conclusion about his alleged treatment.”