Need a Minyan? There’s App for That. 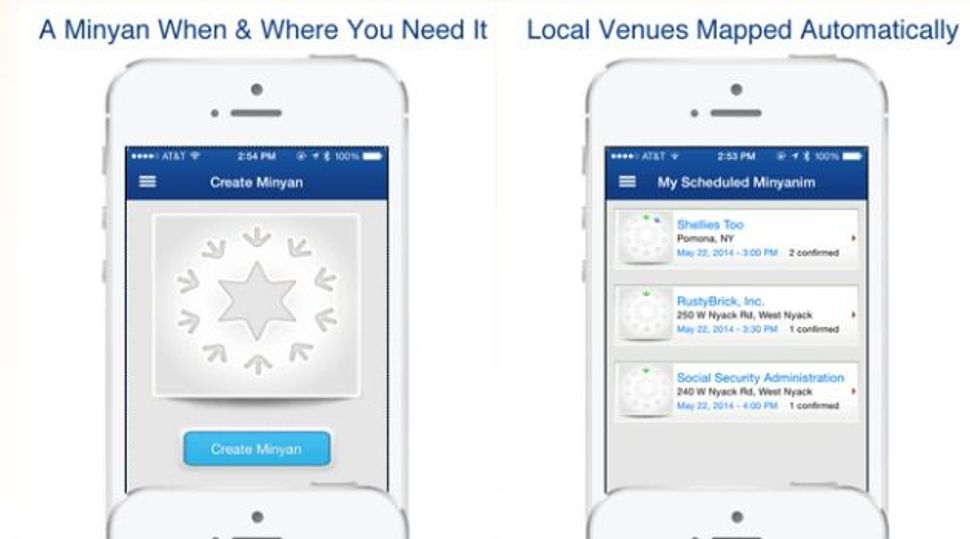 A new smartphone app aims to make corralling a minyan easier by alerting fellow Jews nearby looking to pray.

The free application, called Minyan Now and available on both iPhone and Android, is a product of RustyBrick, Inc. of West Nyack, N.Y. The app notifies other users of the app when someone in the vicinity is seeking a minyan, the quorum of 10 required for public prayer.

“This works great at airports, train stations, sports events, and other areas where there are likely 10 or more Jewish men, but no official shul or synagogue in the area,” a company news release said. “This app will bring them all together for the purpose of prayer.”

Presumably the app also could be downloaded by women (traditionalists require 10 men over the age of 13 for a minyan; egalitarian congregations also count women).

When activated, the notifications are sent to anyone within about 10 minutes away, said the company, which also has a prayer book app within which the minyan element is now a feature.

Need a Minyan? There’s App for That.