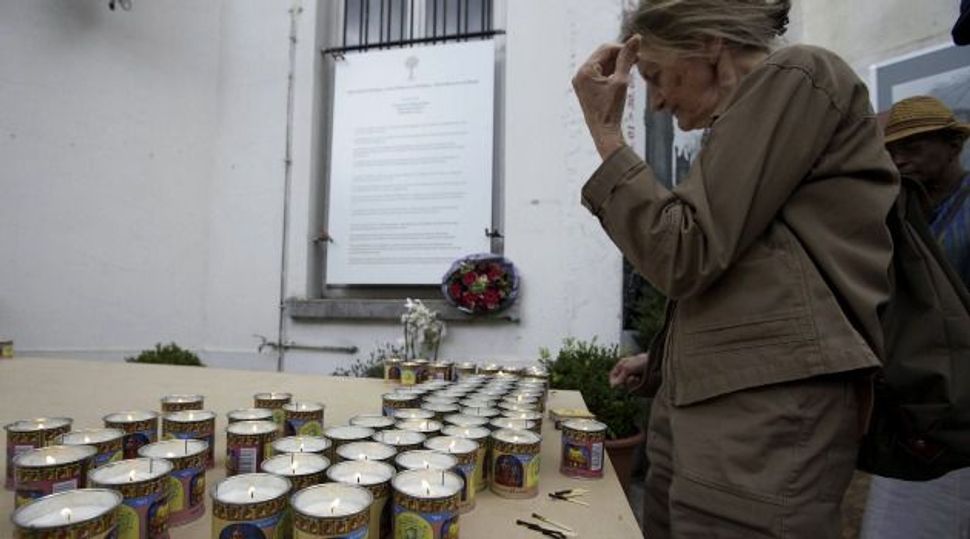 Anti-Semitism in Belgium is causing a Jewish exodus, a former community leader and anti-racism activist warned.

Joel Rubinfeld, president of the Belgian League Against Anti-Semitism, or LBCA, made the warning in an interview for the La Libre daily ahead of a screening his organization held in Brussels of a new film about the 2006 anti-Semitic murder in France of Ilan Halimi.

Commenting on rising levels of anti-Semitic violence and speech in Belgium, including the murder in May of four people at Brussels’ Jewish Museum of Belgium, Rubinfeld said: “There are developments that I am observing around me inside the community. An exodus of Jews is beginning.”

Last year saw the immigration to Israel of 273 Jews from Belgium, which has a Jewish population of about 40,000 people. It was the highest figure recorded in nine years.

Immigration from Belgium to Israel on the basis of Israel’s Law of Return for Jews and their relatives brought to Israel an annual average of 221 immigrants in the years 2010-2013.

That figure represents a 60-percent increase over the average of 133 new arrivals from Belgium in the years 2005-2009, according to data issued by the Jewish Agency for Israel.

“This is not just a reaction to the attack on the museum,” added Rubinfeld, a former president of the CCOJB umbrella group representing Belgium’s French-speaking Jewish communities. “Each year, hundreds of complaints on anti-Semitic acts are recorded and the real number of these acts is probably is much higher.”

On Thursday, a few hundred people gathered under heavy police security at Brussels’ Centre for Fine Arts for LBCA’s screening of the French feature film “24 Days: The truth about the Ilan Halimi Affair.”

Halimi, a cell phone salesman in his 20s, was kidnapped, tortured and murdered by a gang of criminals who targeted him because he was Jewish. For many French-speaking Jews, his murder became a sign of the worsening of anti-Semitic violence after the second Palestinian intifada.

At the screening, LBCA presented the film’s French-Jewish director, Alexandre Arcady, with the League’s Beate Klarsfeld Award, named for the German-born French Nazi hunter, for Arcady’s stance against anti-Semitism.