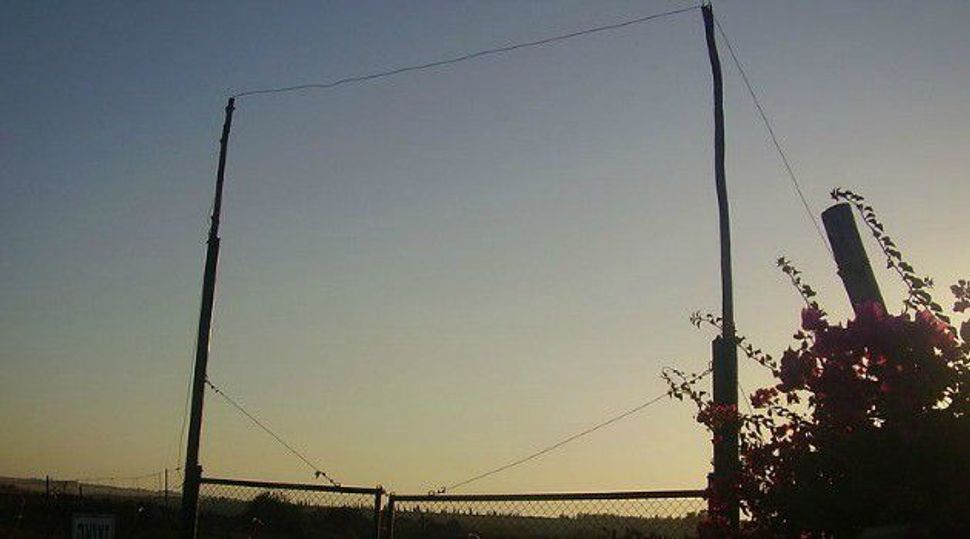 A national atheist group is demanding that an eruv be taken down in Miami Beach.

The eruv around the Pinetree Park area was erected two months ago, despite the fact that the entire island of Miami Beach is surrounded by an eruv, after the city installed a kayak ramp rendering part of the main eruv invalid, the Miami New Times reported at the time.

Residents of Miami Beach complained that the new eruv, approved by the city of Miami Beach, ruined the landscape and violated the separation of church and state.

An eruv, a religious enclosure for use on the Sabbath usually marked by nearly invisible wires erected at the height of electricity wires, allows observant Jews to carry items and push strollers on Shabbat. The Miami Beach eruv was erected in 1985, much of it made up of the island’s seawall.

The Freedom From Religion Foundation late last week wrote a letter to the city demanding that the Pinetree Park eruv be dismantled, as well as all other public eruvs in Miami Beach, the Miami New Times reported.

“The religious significance of eruvin is unambiguous and indisputable,” foundation staff attorney Andrew Seidel wrote. “They are objects which are significant only to some Jews as a means to obey religious laws that have no bearing on non-adherents. They have no meaning except as a visual, public communication of a purely religious concept for religious believers of a single faith. The city cannot allow such permanent religious displays to be erected on public land.”

The eruv “imposes Orthodox Judaism on members of the public by surrounding their community with the physical indicia of a religion that they do not practice,” the letter said.

“The Miami Beach eruv extends Orthodox Jewish community property rights to the government-owned land and land owned by other private citizens, at least according to their faith. The government has no business allowing its property to be designated as private property at the behest of a few religious individuals,” according to the letter.