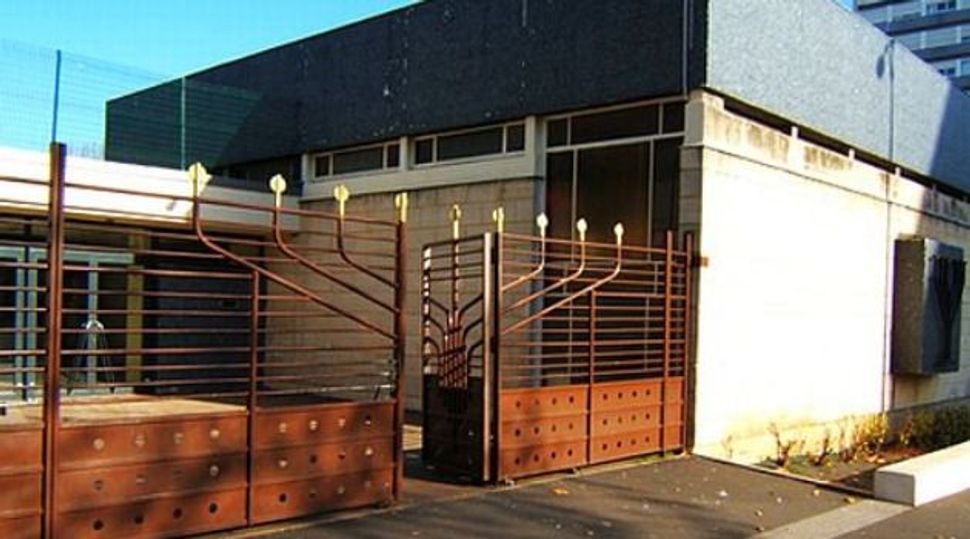 Riot Scene: The synagogue at Sarcelles, a heavily Jewish suburb of Paris.

Anti-Israel protesters hurled a firebomb at a synagogue during an unauthorized demonstration in a heavily Jewish suburb of Paris.

The riot broke out on Sunday afternoon in Sarcelles after a few hundred people assembled at a local metro station to protest Israel’s actions in Gaza, as well as the decision by French Interior Minister Bernard Cazaneuve to ban rallies against Israel following the staging of riots last week outside several synagogues in the Paris region.

According to Le Figaro, the firebomb was hurled at the synagogue at a smaller rally that splintered off the main demonstration. It hit the building but did not cause serious damage, the daily’s online edition reported.

In addition, rioters torched at least two cars as they clashed with police near the synagogue.

Organizers of the protest rally at the metro station urged the crowd not to resort to violence, but a few dozen demonstrators confronted police as others were leaving the demonstration, the online edition of the Le Nouvel Observateur weekly reported. Police fired tear gas at the demonstrators and surrounded a synagogue nearby, blocking the entire street.

Approximately 30 young Jewish men were standing at the synagogue entrance holding sticks; one was holding an Israeli flag. The French Jewish Defense League, or LDJ, said on Twitter that it was guarding the synagogue along with police.

Protesters also smashed the windshield of several parked cars and at least one shop.