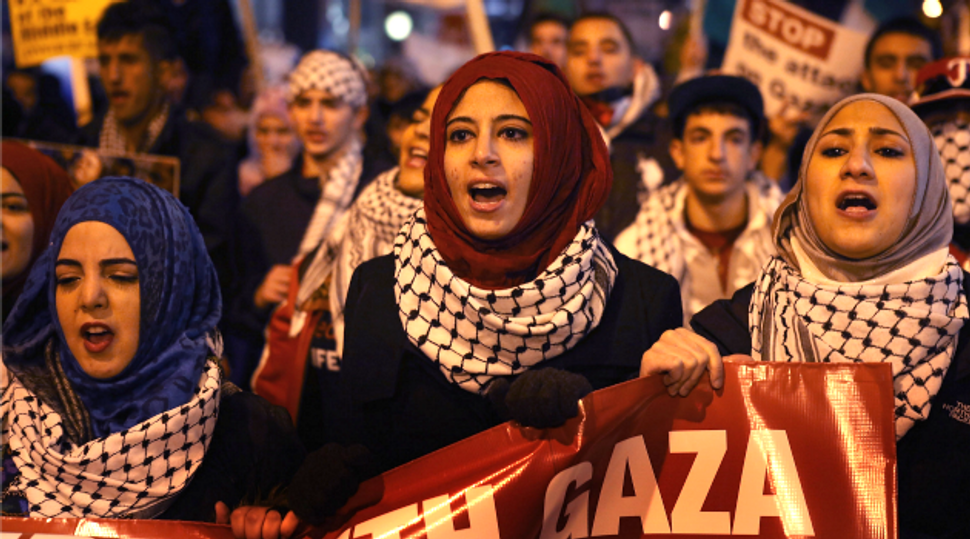 Leaflets threatening the Jewish community because of Israel’s Gaza operation were found on parked cars in a Chicago neighborhood.

The leaflets found Saturday on six cars in the Pulaski Park neighborhood, in the northwestern part of the city, threatened violence if Israel did not pull out of Gaza and end its operation in the coastal strip that began July 8, the Chicago Tribune reported.

Chicago Police opened an investigation and notified the department’s hate crimes unit, according to the newspaper.

The leaflets were discovered a day after hundreds of protesters held a demonstration in downtown Chicago, including a “die-in” in which protesters representing the more than 400 Palestinians killed by Israel in the Gaza operation lay on the ground.

The demonstrators then moved their protest in front of the Israeli Consulate in Chicago, according to the Tribune.