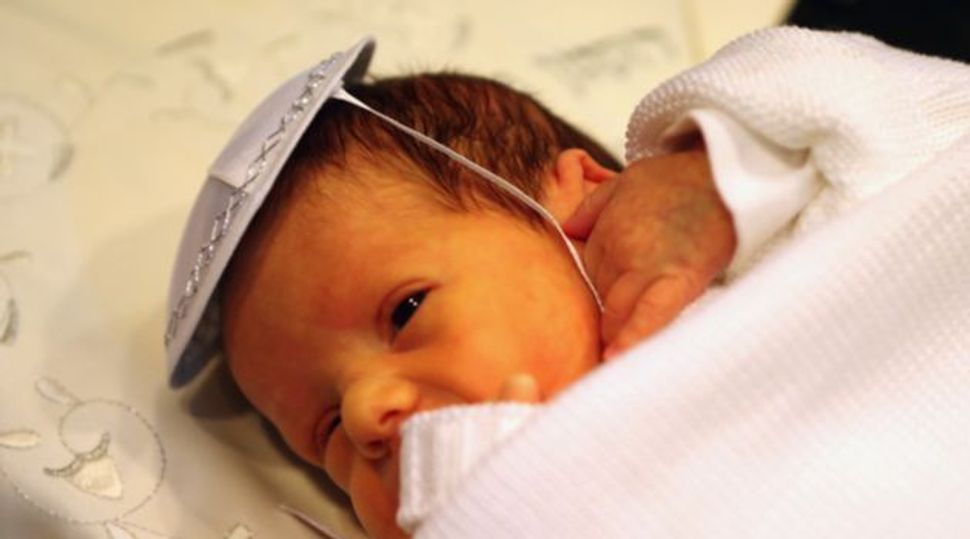 Both babies are believed to have contracted the disease following metzitzah b’peh, a ritual in which the circumciser places his lips on the infant’s penis to suction blood from the circumcision wound.

In the first case, the baby had pustular lesions on the penis and genital area. He tested positive for herpes and was admitted to hospital for intravenous treatment.

In the second case, the baby developed lesions on his penis, thigh, and foot. The health alert did not say how the baby’s symptoms were treated.

The alert stated that both cases were consistent with transmission of herpes “during direct contact between the mouth of the ritual circumciser and the newly circumcised infant penis.”

Since 2000, 16 infants in New York City are suspected of contracting herpes following MBP. Two of those babies died and at least two others suffered brain damage.

The city’s Department of Health and Mental Hygiene has tried to warn parents of the risks of MBP, which is particularly prevalent among the city’s ultra-Orthodox Jews.

In January, 2013, the city instituted a regulation that forced mohels to get written consent from parents before performing the rite.

But ultra-Orthodox groups say that MBP is safe and many mohels refuse to comply with the regulation.

Since the regulation was enforced, four infants have contracted the disease.

The city’s health department did not respond immediately to a request for information about whether the mohel or mohels involved in the latest cases obtained written consent before performing MBP.