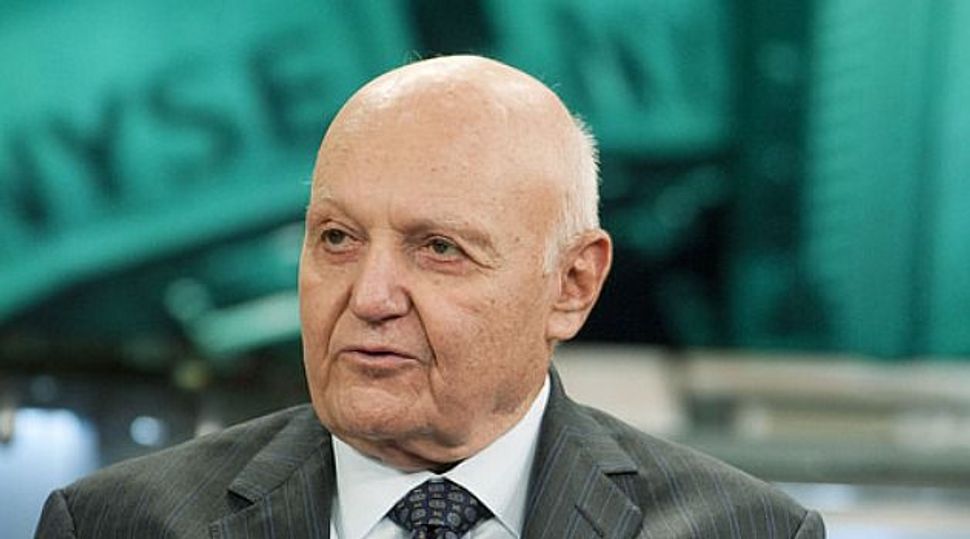 Alan C. “Ace” Greenberg, the former head of Bear Stearns investment bank and a major donor to Jewish causes, has died at 86.

Greenberg, famous on Wall Street for his hard-charging manner, appetite for risk, and financial acumen, died on Friday in Manhattan of complications from cancer.

He had been chief executive officer and then chairman of Bear Stearns, and was chairman of its executive committee when the financial firm collapsed in March of 2008 and was bought by JP Morgan Chase, an event that helped precipitate the 2008 financial crisis and subsequent recession.

Greenberg also was a major fundraiser for the UJA-Federation of New York, hosting an annual private dinner for its largest donors, and helping to preside over its annual Wall Street dinner. His own contributions to the New York Jewish federation ran regularly over a million dollars a year, and he also made substantial donations to the Israel Museum in Jerusalem – to help fix its bathrooms; and to build a middle school and sports center, named for his mother and father respectively, in the East Jerusalem settlement of Gilo.

Greenberg was born in Oklahoma City, and spent virtually his entire career at Bear Stearns, starting in 1949 as a clerk and working his way up to become CEO in 1978 and chairman in 1993. He often declared, during his reign at Bear Stearns, his disdain for MBAs in favor of “PSDs” — that is, people who were poor and smart, and who desired to be rich.

He is survived by his wife, two children, and five grandchildren.