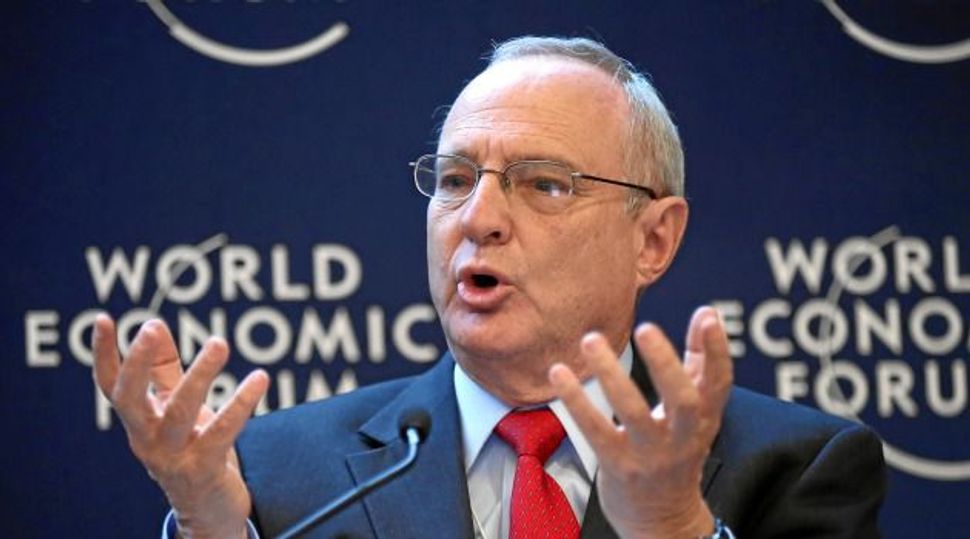 (Religion News Service) — Rabbi David Saperstein will be named the next ambassador-at-large for international religious freedom, the first non-Christian to hold the job since it was created in 1998.

As ambassador, the man named as the most influential rabbi in America by Newsweek magazine in 2009, will head the State Department’s Office of International Religious Freedom, and will be tasked with monitoring religious freedom abuses around the world.

A Reform rabbi and lawyer, Saperstein, 66, has led the Religious Action Center of Reform Judaism for 30 years, and has spent his career in Washington, focusing on social justice and religious freedom issues. He was instrumental in the 1993 passage of the Religious Freedom Restoration Act, which requires the government to show a compelling reason for any action that impinges upon the exercise of religion.

He was the first chair of the U.S. Commission on International Religious Freedom, which was created as a watchgdog group in the same act of Congress that created the ambassador-at-large position. In 2009, he was appointed by Obama to the first White House Council on Faith-Based and Neighborhood Partnerships.

Saperstein must be confirmed by the Senate before he can fill the post.

“I am grateful that Rabbi Saperstein has chosen to dedicate his talent to serving the American people at this important time for our country,” Obama said in a statement announcing his intent to nominate Saperstein. “I look forward to working with him in the months and years ahead.”

Also on Monday, the State Department is expected to issue its annual report on religious freedom conditions around the world.

The choice of Saperstein will appeal to many who advocate for religious freedom for his staunch work in the area, and for his lifelong commitment to social justice. Saperstein has headed the Coalition to Protect Religious Liberty and served on the board of the NAACP, People For the American Way, National Religious Partnership on the Environment and the World Bank’s “World Faith Development Dialogue.”

But his generally liberal views may concern some from the more conservative side of the political spectrum. Though he helped pass RFRA, the law considered by the Supreme Court in the Hobby Lobby case decided last month, Saperstein decried the court’s decision, arguing that the justices had overstepped when they ruled that the craft store chain could cite religious objections in not providing contraception coverage in its insurance plan.

“We believe deeply in RFRA and robust religious liberties,” Saperstein told the Jewish Telegraphic Agency after the Supreme Court decision. But he added that the court’s conclusion was a misreading of the law he helped craft. “We believe the court was wrong in saying there are religious claims corporations can make. Corporations don’t have souls or consciences the way that people or associations of like-minded people do.”

Saperstein would be the fourth person to hold the position, and succeeds the Rev. Suzan Johnson Cook, who resigned in October, saying that she needed to earn more to support her family. Cook, the first woman, African-American and preacher to hold the job, won some fans outside the State Department, including Saperstein. But many within the department questioned her lack of international experience and commitment to learning the diplomatic ropes.

The White House has been under intense pressure to fill the position since Cook left, and many advocates for international religious freedom have questioned Obama’s and the State Department’s commitment to the position.