Anti-Semitic Incidents in Britain Double Since Start of Gaza War 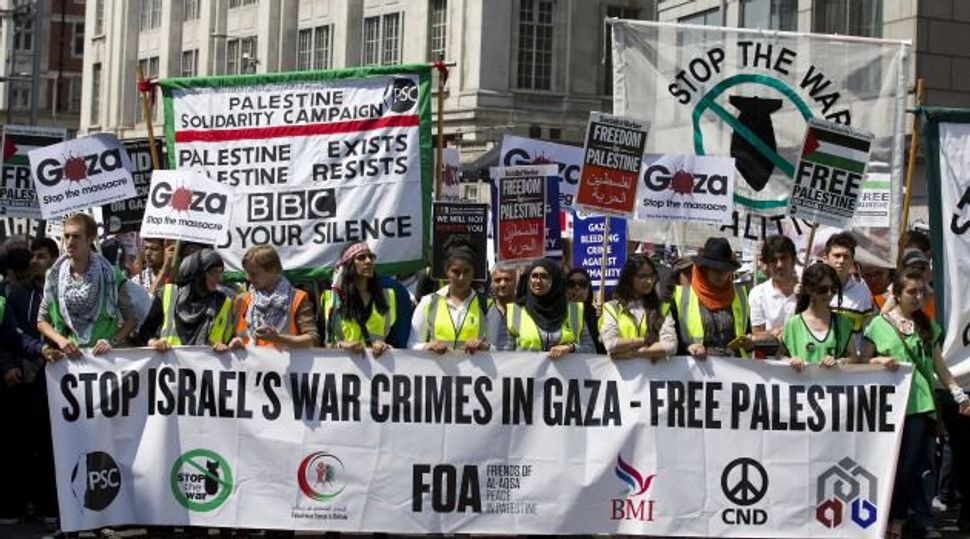 Anti-Semitic incidents in Britain have risen since the start of Israel’s operation in Gaza.

The Community Security Trust told the Jewish Chronicle that 70 anti-Semitic incidents had been reported in the period between the start of the operation on July 8 and Friday.

The Daily Mail reported Sunday that more than 100 hate crimes have been recorded by police and community groups so far in July, more than double the usual number.

Among the reported incidents were the physical assault last week of a rabbi in Gateshead, attacks on synagogues and an attack by an Arab woman wearing a niqab on a Jewish boy riding his bicycle in northern London.

“We are sending out emails to schools, shuls and Jewish organizations reminding them of safety protocols. We are determined to do all we can to allow Jewish life to continue as normal,” Mark Gardner, director of communications at the Community Security Trust told the Jewish Chronicle.

Anti-Semitic Incidents in Britain Double Since Start of Gaza War