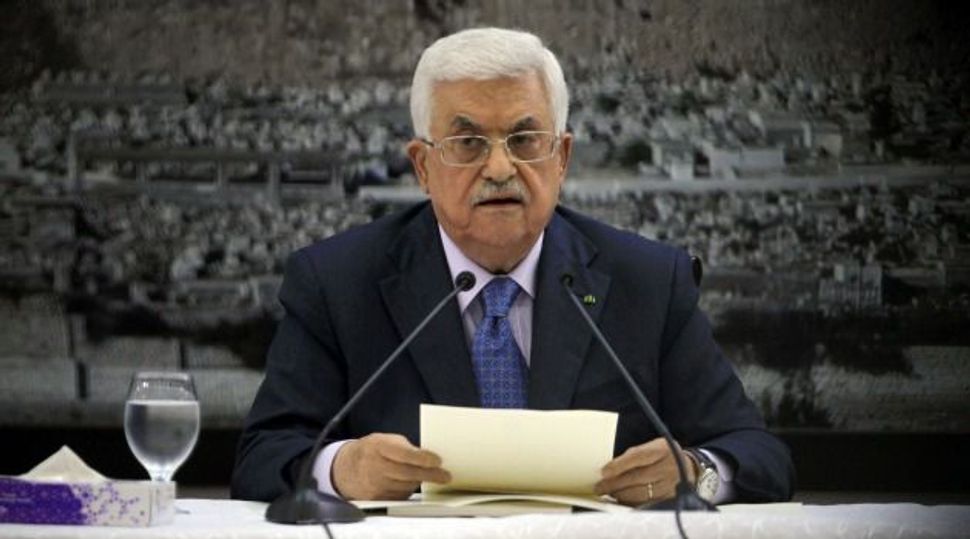 The Palestinian Authority announced that it has brokered a 24-hour humanitarian cease-fire with all Palestinian factions, with the possibility of extending it an additional 48 hours.

Yasser Abed Rabbo, secretary general of the Palestine Liberation Organization, made the announcement on Tuesday afternoon during a news conference in Ramallah. The announcement was reportedly made with the consent of Hamas, the Jerusalem Post reported. Israel’s Channel 2, however, reported Tuesday afternoon that Hamas in Gaza was against the proposed unilateral cease-fire.

The announcement came hours after a delegation of representatives of Palestinian factions, including the PA. Hamas and Islamic Jihad, arrived in Cairo to discuss a cease-fire.

Israeli government spokesman Mark Regev told the Associated Press in the wake of Rabbo’s announcement that until Israel hears from Hamas directly about the cease-fire offer, “it’s not serious.”

Israel has observed at least two-humanitarian cease-fires and observed what was to be a 24-hour extension of a cease-fire over the weekend until rockets from Gaza continued to be shot at Israel, causing the Israeli military to resume attacks.