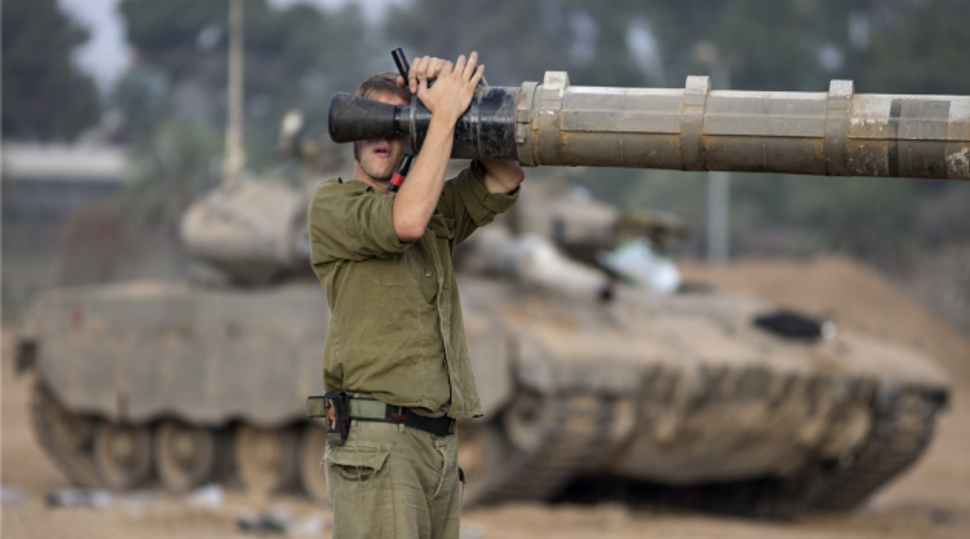 The Israel Defense Forces confirmed the death of five more Israeli soldiers, which occurred during the infiltration of gunmen into a southern kibbutz through a tunnel from Gaza.

The five soldiers were killed during the previously reported thwarted attack on Kibbutz Nahal Oz, located near the Gaza border, on Monday afternoon, during which one of the infiltrators was killed, according to a statement from the IDF. Five other soldiers were killed Monday, in a mortar attack on the border with Gaza.

The total of Israeli soldiers killed so far in the Gaza operation is 53.

The military wing of Hamas issued a statement on Monday’s infiltration. “If they haven’t had enough of our strikes yet, our fighters still have so much to surprise their leaders with. It is our promise to our people that their blood will not be wasted,” the group said in a statement published in part by the Palestinian Maan news agency.

The group said they tried and failed to capture an Israeli soldier during the incident, but said that they seized an Israeli Tavor assault rifle.

The IDF said in a statement that it targeted over 70 “terror sites” in Gaza on Monday night and early Tuesday morning, including four weapon storage sites concealed within mosques, and a tunnel.

The IDF said it also struck the broadcast headquarters of the Al-Aksa station, which the military says is used “to incite Palestinians against Israel, to transit orders and messages to Hamas operatives and to instruct Gaza residents to ignore IDF warnings regarding upcoming military activity in specific areas.”

As of Tuesday morning, the death toll in Gaza stood at 1,156, with more than 6,700 injured, according to Maan.