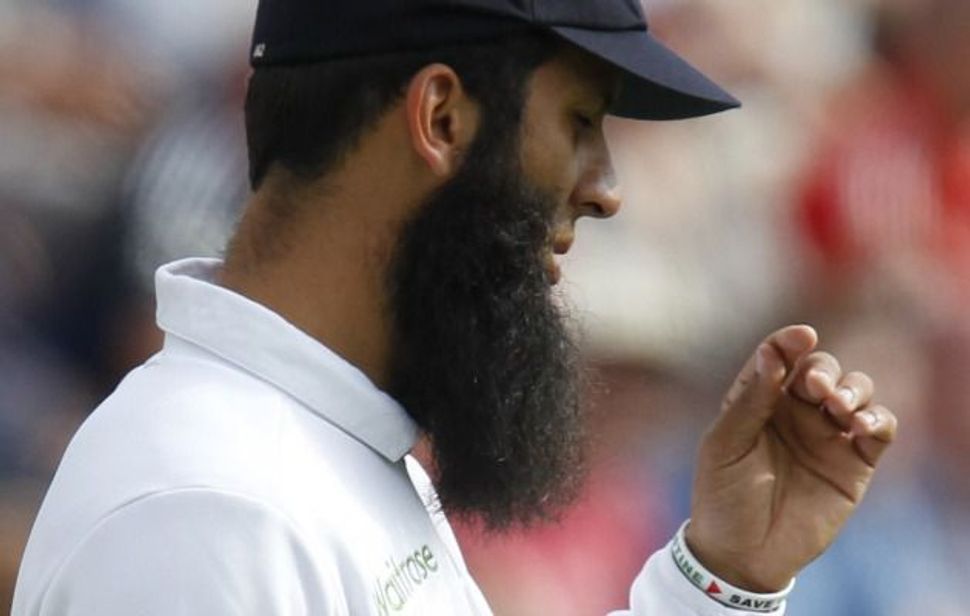 England cricket star Moeen Ali is being investigated by the International Cricket Council after wearing wristbands that featured the slogans “Save Gaza” and “Free Palestine” during the second day of the third test against India at Southampton.

Moeen, who has raised funds for charities helping those affected by the three-week conflict with Israel, has the backing of the England and Wales Cricket Board.

“As far as we are concerned, he has not committed any offence,” an ECB spokesperson said on Monday.

“It is now up to the ICC to decide whether he will face any action.”

Ali sported the bands while batting during England’s first innings, and the all-rounder has risked disciplinary action under the ICC Code of Conduct.

It states: “Players are not permitted to wear, display or otherwise convey messages through arm bands or any other items affixed to clothing or equipment unless approved in advance by the player or team official’s Board.

“Approval shall not be granted for messages which relate to political, religious or racial activities or causes.”