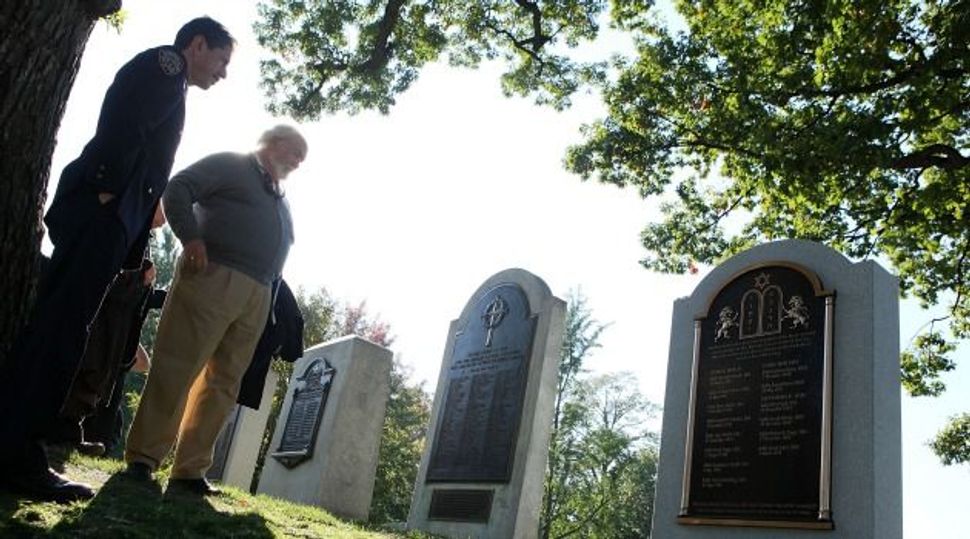 A World War II soldier buried in a national cemetery in Wisconsin now has a Jewish star marking his grave, in place of the Christian cross it bore for almost 50 years.

Rabbi Avrohom Richter, director of Chabad of Howard Beach in the Queens borough of New York, learned of his distant relative Henry Dienstein while looking into his family history. Dienstein, a first cousin of Richter’s grandmother, is buried in a Veterans Affairs National Cemetery in Milwaukee.

Following appeals to the Department of Veterans Affairs by Rabbi David Niederman, executive director and president of the United Jewish Organizations of Williamsburg, and Sen. Kirsten Gillibrand (D-N.Y.), Dienstein, a private, now has his appropriate headstone.

Memorials cannot be modified after 50 years, according to the Veterans Affairs rules. Richter realized the error 49 years and 11 months after his cousin’s burial. With the help of Niederman, Gillibrand and other family members, the paperwork was expedited and completed on time.

“We pay tribute to Mr. Dienstein’s courageous service in defense of our nation in World War II,” Gillibrand said in a statement Monday. “This headstone will ensure that Mr. Dienstein’s memory is rightly honored.”