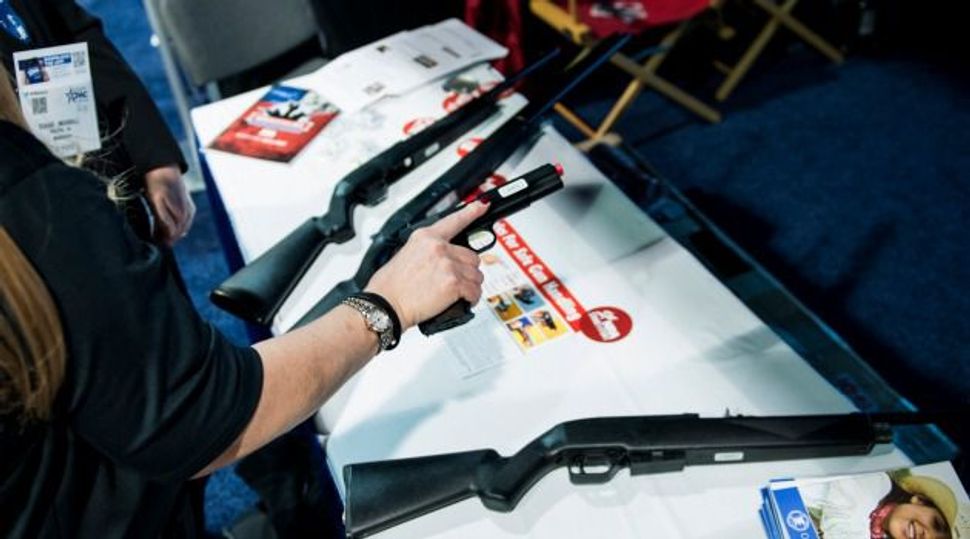 Jewish leaders in Washington state called on Tuesday for the resignation of a National Rifle Association lobbyist over comments in which he compared the push for stricter gun control regulations to the policies of Nazi Germany.

Brian Judy, an NRA senior state lobbyist based in California, made the remark while addressing opponents of a proposed Washington state law that would require all gun buyers to undergo background checks before buying guns from a store, gun show or online.

“Any Jewish people I meet who are anti-gun, I think, are you serious?” Judy said in recorded comments made last week at a gathering in Silverdale, Washington, and posted on YouTube.

“Do you not remember what happened? And why did that happen? Because they registered their guns and then they (the Nazis) took them,” he added.

Jewish leaders in Seattle called for Judy’s resignation and slammed any suggestion the Holocaust could have been avoided had Jews been armed.

“It is deeply offensive for anyone to suggest that Jewish supporters of gun violence prevention have ‘forgotten’ the history of our people,” the Jewish Federation for Greater Seattle said in a statement.

“To repeat the out-of-touch falsehood linking gun violence prevention to Nazi Germany and the Holocaust is not only an ignorant distortion but is exceedingly dangerous,” the statement said.

Washington is one of several states that have moved to tighten gun control laws after a spate of high-profile school shootings, including the 2012 massacre of 26 people in an elementary school in Newtown, Connecticut.

In the months after the shooting at Sandy Hook Elementary School, the U.S. Congress defeated an effort by President Barack Obama to restrict sales of certain types of guns and require greater background checks at the national level.

The NRA has made a concerted effort to defeat Washington’s proposed universal background check initiative. The powerful gun rights group says the legislation infringes on the Second Amendment right to keep and bear arms.