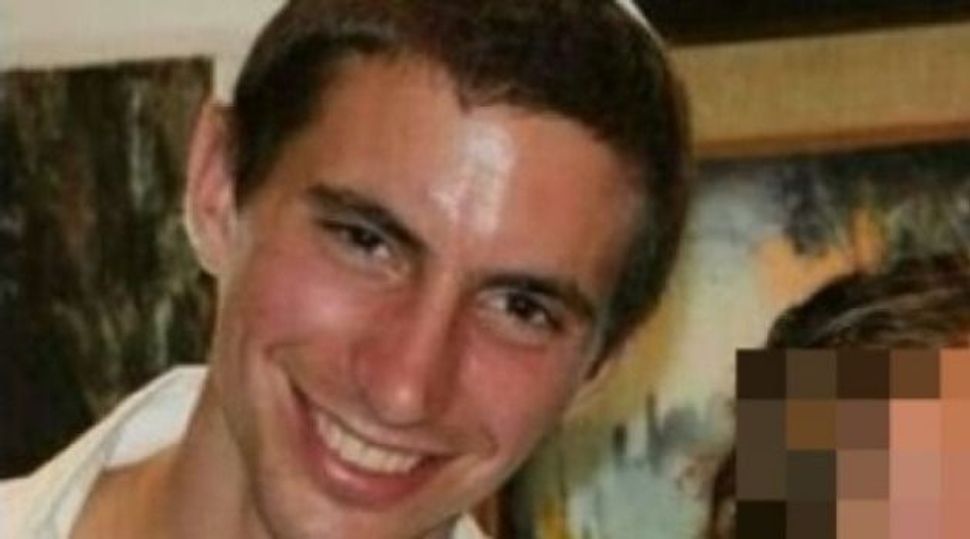 Hadar Goldin got engaged just a few weeks before being sent into Gaza by Operation Protective Edge. Now authorities fear that he was captured Friday morning by Hamas militants in an attack that came just hours after a 72-hour ceasefire was announced, the Times of Israel reported.

Goldin, a British-born member of the Givati Brigade, is reportedly distantly related to Defense Minister Moshe Ya’alon. The IDF confirmed that two other Givati Brigade soldiers were killed in the attack Friday morning, in which one Hamas fighter blew himself up near the group of Israeli soldiers and other militants escaped into a tunnel.

Hamas claimed on Saturday it does not know the whereabouts of the soldier and suggested he may have been killed.

2nd Lt. Goldin, 23, comes from an Orthodox British immigrant family. He has a twin brother, Tzur, and two other siblings, Ayelet and Menachem. Hadar and Tzur went to school and the Beit David premilitary academy together, and they were later trained as officers together. Goldin’s father Simha is an officer in the IDF Reserves and a senior lecturer at Tel Aviv University, where he teaches Jewish history. Both of Goldin’s grandfathers were Holocaust survivors, and they fought in Israel’s War of Independence in 1948.

In an October 2013 interview with Israel National News, Goldin and his twin brother emphasized their love for Israel.

The U.S. called the capture “barbaric” and the United Nations also called for his immediate release.

Secretary of State John Kerry, fearing an escalation of violence in Gaza, called on Turkey and Qatar on Friday to use their influence to secure the release of a kidnapped Israeli soldier whose abduction led to the breakdown of a short-lived ceasefire between Israel and Hamas.

Kerry called Qatari Foreign Minister Khalid bin Mohammed al Attiyah and Turkish Foreign Minister Ahmet Davutoglu soon after being told of the abduction and the killings of two Israeli soldiers by an aide while flying back from a visit to India. The incidents led to the quick breakdown of a ceasefire Kerry had worked hard to broker.

“We have urged them, implored them to use their influence to try to get the release of that soldier,” a senior State Department official told reporters traveling with Kerry. “Absent that, the risk of this continuing to escalate, leading to further loss of life, is high.”

The official said he understood the ceasefire broke down about an hour after it began.

Another senior U.S. official said the United States was still working with Egypt, which was to be a venue for talks between the parties during the ceasefire, as to what the next step would be.

“Obviously, they have willingness to host negotiations but our primary focus here continues to be on determining how to get to a ceasefire,” the official said. “The question for everybody at this point is where we go from here, not just the United States, but the international community and that’s obviously the major topic of discussion of the secretary’s calls.

“Given the circumstances on the ground and the violence that’s going back and forth, that (a ceasefire) is not something that’s currently operable but that’s the only viable way in our view that we can see an end to the violence.”

In his call to Netanyahu, Kerry reiterated Washington’s “strong support for Israel’s and any country’s inherent right to defend itself, its citizens and forces against attacks,” particularly during a ceasefire, the first official said.

Asked whether the reported violations could have been the work of militants acting unilaterally without higher approval, the official, said:

“Our view is that Hamas has security control over the Gaza and if we are going to be negotiating a ceasefire with two sides in a conflict and one of them is Hamas, it’s their responsibility to deliver on the assurances that they provide representing their side.”

The other official said there was “still a great deal we don’t know … but every indication points to a violation by Hamas.