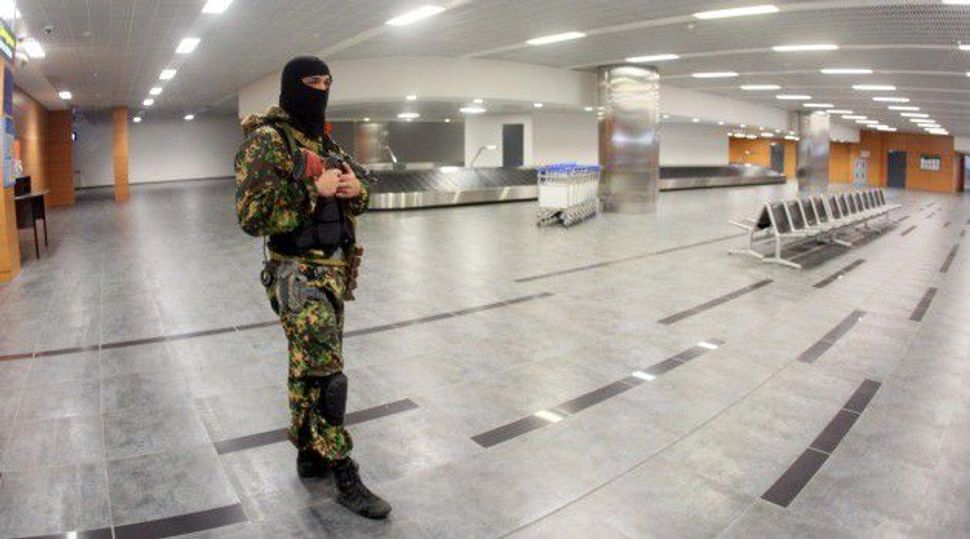 At least 150 Jews who fled fighting in eastern Ukraine are expected to land in Israel next month in one of the largest group of arrivals of its kind this year.

Many of the would-be immigrants, who will arrive aboard three flights chartered by the International Fellowship of Christians and Jews, are staying at a Jewish summer camp in Zhytomyr that has been converted into a temporary shelter for them, according to the fellowship’s founder, Rabbi Yechiel Eckstein.

The exact date of arrival depends on “how fast the Jewish Agency emissaries and other Israeli officials can work to get all the paperwork done,” Edelstein said. “Meanwhile we’re taking care of them.”

In recent weeks, interest in immigrating to Israel, or making aliyah, has risen among the Jews who left war-torn cities like Lugansk and Donetsk, according to Eckstein. He expects the number of people heading to Israel next month with his organization’s help to significantly surpass 150.

“Many people are waiting this thing out,” Eckstein said of the fighting that is going on between government forces and pro-Russian separatists. “But increasingly there is a growing realization that the fighting will continue for a long time. This is producing an increase in people’s interest to make aliyah and I believe there will be hundreds.”

The summer camp in Zhytomyr, which is run by Rabbi Shalom Gopin, Chabad’s emissary to Lugansk, can accommodate the flood of Jewish refugees, who number 200 to 250 and are arriving at a pace of 40 per week, Eckstein added.

Several Jewish groups working in Ukraine, including the American Jewish Joint Distribution Committee, the Jewish Agency for Israel and the Jewish community of Dneproprovsk, have arranged temporary homes for hundreds of Jews who fled the fighting in the east.

The fellowship has allocated more than $10 million this year toward helping Jews in Ukraine, constituting a 25 percent increase over what it usually spends on Jewish communities there.