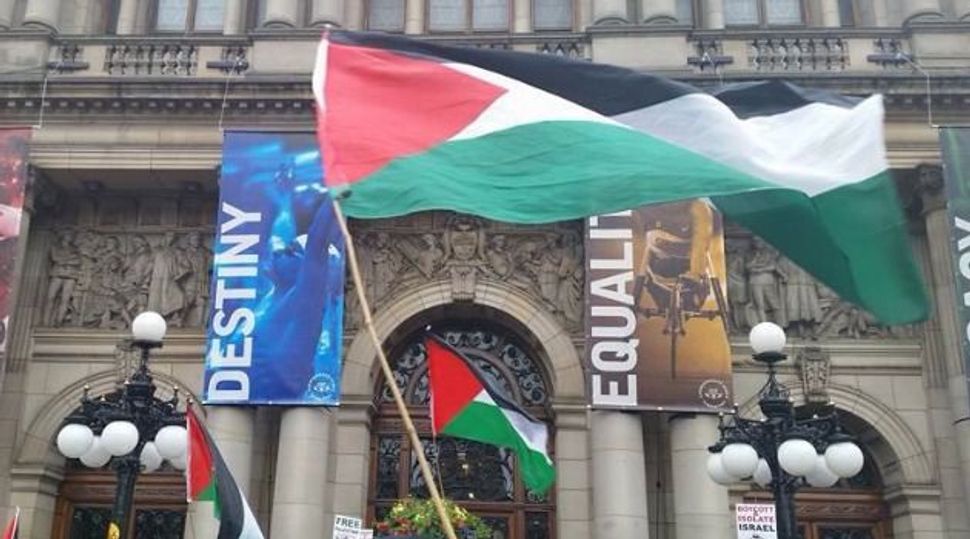 The city council of Glasgow, Scotland, displayed a Palestinian flag on its building in solidarity with casualties in Gaza.

The council raised the flag over the City Chambers Friday, the Jewish Chronicle of London reported, in support of “innocent people who are being hurt in Gaza,” the council said.

In a letter to the mayor of Bethlehem, Glasgow’s lord provost, or mayor, Sadie Docherty, said the move was a gesture of “solidarity with Bethlehem and Palestine.” Glasgow is twinned with Bethlehem, which is in the West Bank.

Jews in Glasgow have expressed anger at the move. In a statement, Paul Morron, president of the Glasgow Jewish Representative Council, said the decision had angered and hurt the city’s Jews.

“Flying the flag is the worst kind of gesture politics,” he said. “It does nothing to alleviate the suffering on either side of the conflict, nor does it bring peace closer by one single minute.”

The council said it had offered to meet Jewish representatives to discuss the issue.