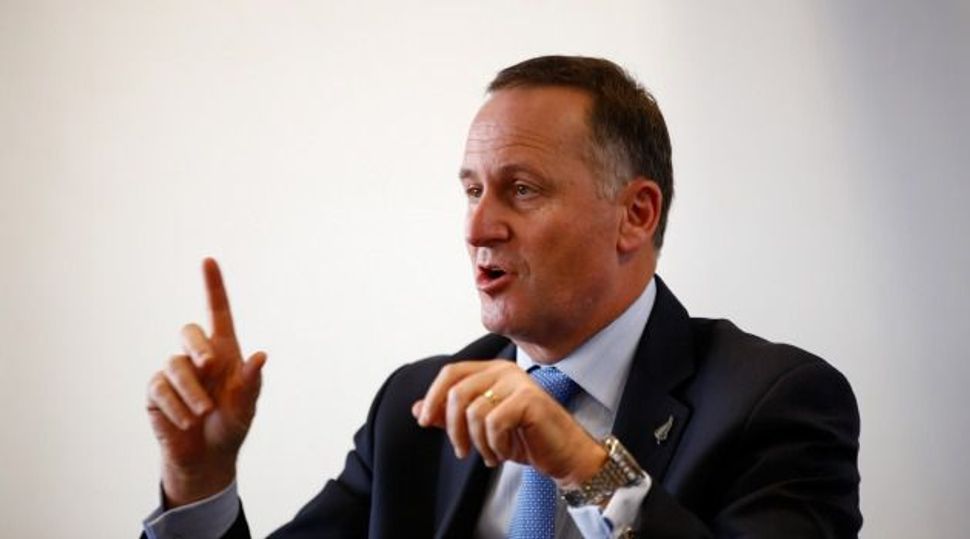 A New Zealand lawmaker apologized for a slur on Prime Minister John Key that critics branded as anti-Semitic.

A Labour Party lawmaker, Steven Gibson described John Key as “Shylock” on Facebook alongside a photo of the Conservative Party leader.

“There is the real face of Shonky Jonkey Shylock…nasty little creep with a nasty evil and vindictive sneer,” Gibson wrote.

Key, who is running for re-election in September, is the son of the late Ruth Lazar, a Jewish refugee for Europe who escaped on the eve of the war. He recognizes his Jewish heritage but sometimes attends church. He praised the local Jewish community.

“They’re a good hard-working group of New Zealanders and I don’t think people should be attacked on religious belief, whether they are Islamic, or Christian or if they’re Jewish,” he said.

Gibson apologized unreservedly Monday, saying the comment was “completely inappropriate” and that he didn’t fully understand the term “Shylock.” The post has since been deleted.

“I was only repeating what a constituent had said to me,” local media reported him saying. “And it’s only now that I realize the connotations of it. I’m sorry people have been offended and I’ll take the post down – that’s all I can do.”