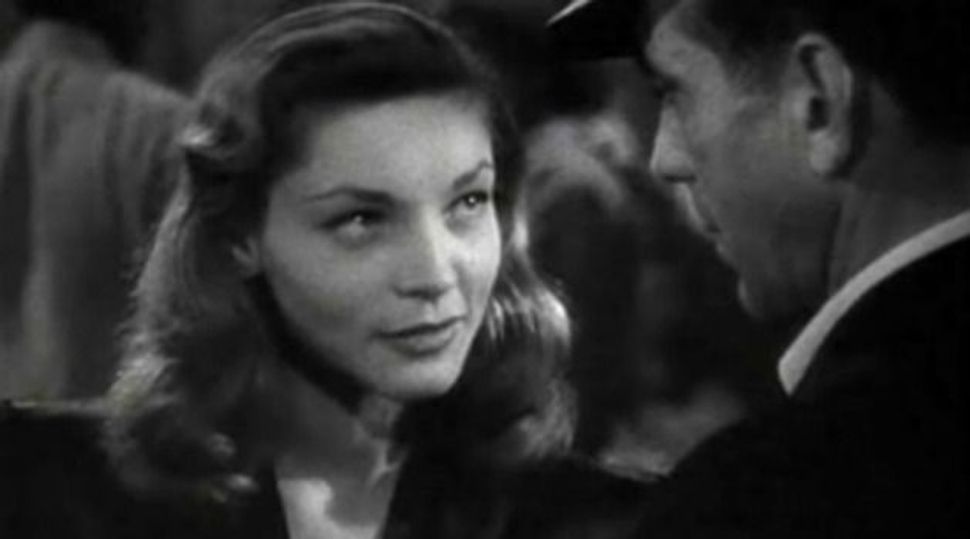 Lauren Bacall, the sultry actress with the heavy-lidded eyes and husky voice who captured Humphrey Bogart’s heart both on and off the movie screen, died on Tuesdsay at the age of 89.

“With deep sorrow, yet with great gratitude for her amazing life, we confirm the passing of Lauren Bacall,” the estate of the Bogart family said on a verified Twitter account.

With deep sorrow, yet with great gratitude for her amazing life, we confirm the passing of Lauren Bacall. pic.twitter.com/B8ZJnZtKhN

Bacall was married to Humphrey Bogart from the mid-1940s until his death in 1957. They had two children.

The public knew her as Lauren, the screen name hung on her by director Howard Hawks, while friends used her given name, Betty. Bogart simply called her “Baby” in a love story that ended prematurely with his cancer death in 1957.

She was born Betty Joan Perske on Sept. 16, 1924, in New York City, the only child of Jewish immigrant parents. After her parents’ divorce, she adopted a variation of her mother’s maiden name, Bacal. She was a cousin of former Israeli President Shimon Peres on her father’s side.

Bacall had set out to be a Broadway star. She played small roles on stage and modeled for Harper’s Bazaar magazine, which published a photograph of her that was spotted by Hawks’ wife.

Bacall was only 19 when Hawks cast her in her first movie, 1944’s “To Have and Have Not,” as an American girl who shows up at a seedy hotel in Martinique. She won a place in Hollywood history with her sexy query to Bogart, “You know how to whistle, don’t you? You just put your lips together – and blow.”

Still, Bacall’s movie career was rocky. In such films as “Confidential Agent” (1945) and “Bright Leaf” (1950), she essentially played the same role as in “To Have and Have Not.”

A comic turn in “How to Marry a Millionaire” earned applause but few of her other films were memorable and she became the self-proclaimed “den mother” to her two children, Stephen, and Leslie, and a regular crowd of Bogart’s drinking buddies.

Much of Bacall’s allure came from what was known as “The Look,” a sexy but soft glance. She explained it by saying: “I used to tremble from nerves so badly that the only way I could hold my head steady was to lower my chin practically to my chest and look up at Bogie. That was the beginning of ‘The Look.’”

After Bogart’s death in 1957 at age 57, Bacall had a well-publicized affair with Frank Sinatra and a stormy eight-year marriage to actor Jason Robards that produced a son, Sam, who would become an actor.

Her career revived in fits and starts through the 1980s and 1990s, culminating in her first Oscar nomination for her supporting role as Barbra Streisand’s domineering mother in “The Mirror Has Two Faces.” Bacall won the Golden Globe and several other honors for the role but the Oscar continued to elude her.

After her film career cooled, Bacall returned to the stage. She won best actress Tony Awards for “Applause” in 1970 and “Woman of the Year” in 1981. Over the years she had transformed her persona from a willowy temptress with a come-hither look to a shrewd and worldly woman.

Of her career and life, Bacall once said, “I traveled by roller coaster, a roller coaster on which the highs were as high as anyone could ever hope to go. And the lows! Oh, those lows were lower than anyone should ever have to go – 10 degrees below hell.”

She published two volumes of memoirs, “Lauren Bacall by Myself” in 1979 and “By Myself and Then Some” in 1996.

In 2009, the Academy of Motion Picture Arts and Sciences awarded her an honorary Oscar “in recognition of her central place in the Golden Age of motion pcitures.”