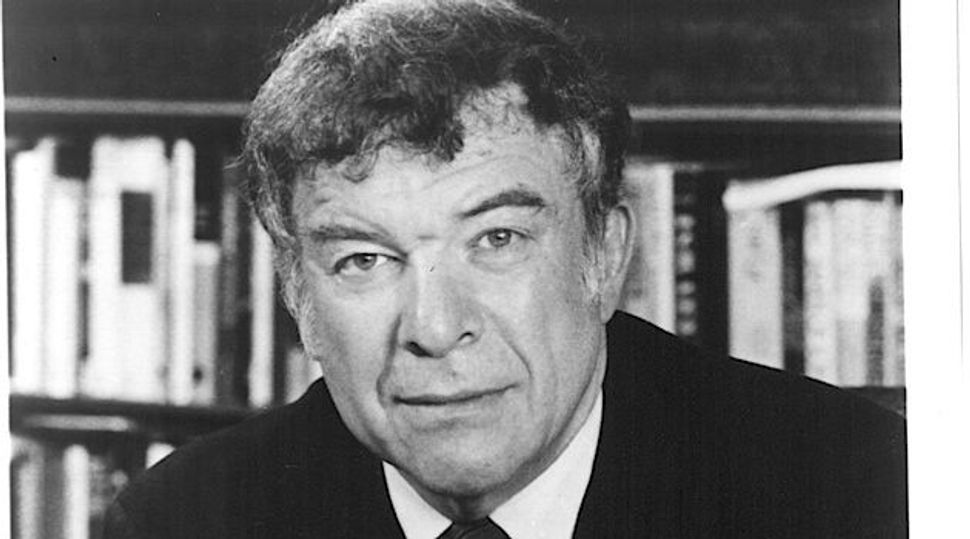 Leonard Fein, inspiration to generations of progressives and Jews, passed away early in the morning of August 14.

Even at the age of 80 he was a regular columnist for this publication as he had been for two decades. It was one of the many outlets for his writing and institution-building over half a century.

Across the decades he built lasting institutions for the progressive Jewish community. In 1975, while a professor at Brandeis, he co-founded Moment Magazine with Elie Wiesel; In 1985 he started MAZON: A Jewish Response to Hunger; In 1997 he set up the National Jewish Coalition for Literacy. Each of these organizations in its own way preserves his memory: without food we cannot live, without education we have no future and without thoughtful conversation we cannot thrive.

Fein’s overriding concerns were with justice and the relationships between Israel and America. A lifelong Liberal Zionist, he was a tireless promoter of peace in the Middle East and a core member of Americans for Peace Now since its inception.

The poor sales figures of his 1970 book, “Where Are We?: The Inner Life of America’s Jews” were a source of wry regret to Fein. But, as with much of his work, its impact was felt through the influence it had on leaders and thought-leaders. Fein may not have been a mass media celebrity — although he wrote for The New York Times, The New Republic, Commentary, The Nation and the Los Angeles Times — but his imprint has been made, and his influence continues to be felt across wide swathes of the Jewish and progressive communities.